One of the first things that one learns while learning to use a computer is an application called notepad. Almost everyone knows what notepad is, and despite being a simple looking and functioning application what kind of a power it actually possesses. One can literally destroy someone’s PC using a notepad, one can also solve big problems using notepad. Ok, notepad does not do all that I said on its own, but still. It is the platform where one can write the initial code that can then be compiled and stuff. So, learning a few small notepad tricks won’t really hurt our chances of showing off or maybe getting a different prospective about what notepad can really do.

So, here are 15 cool Notepad Tricks you should try:

Don’t you think it would be fun if you could play with your friend by making his cd-drive pop again and again? Just enter the text below into notepad and save it as a .vbs file. Double click on the .vbs file to see it work.

Just imagine, if instead of pressing on start button and then on the shutdown button and then on the ok option, you could just double click on an icon to shut your system down. The Notepad trick code written below does just that. Just save the file as a .vbs file, and press it when you need to shut down the system.

Just another Notepad trick to play with your friend’s system would be to set off a command which would open his/her notepad repetitively.

Save it as a .vbs file and open it to see what happens.

4. Make A Personal Log-Book or A Diary

A special feature which allows us to make a log exists in notepad. Using it we can make logs of stuff as notepad will put the date and time for us whenever we open a specific type of Log file. For doing this, just type ‘.LOG’ in the notepad and save it under any name that you wish. Now whenever you’ll open this particular file, you’ll see that notepad automatically enters the date and time at which it is opened, and then you can make a log record and save the log. 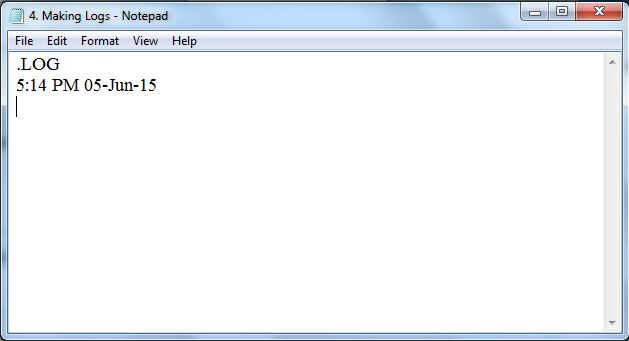 now you’ll need to save this file with an extension .bat , and upon clicking on the .bat file that you have created, you’ll see something like this. 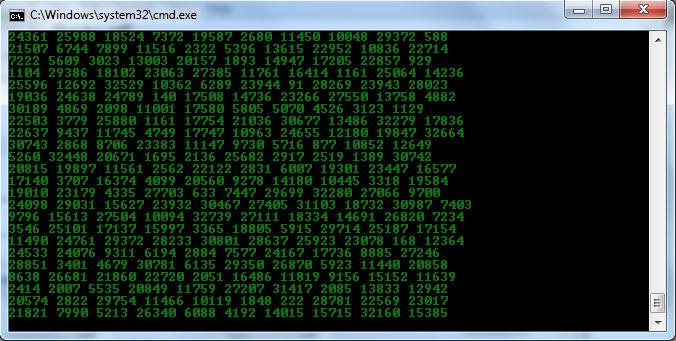 A small tweak to customize this cool effect is that you can change the value in front of color, i.e. 02 in color 02 to any other value like 03 for instance; this will change the color of the text that appears in the command prompt. 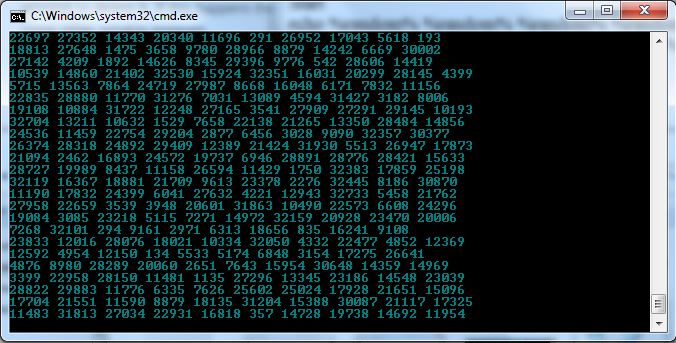 Assign different values to the color, and have fun.

You can play with someone’s computer, or maybe your own computer by writing a script that can toggle Caps Lock repeatedly.

Just copy and Paste the code written down below into notepad.

Now save it as a .vbs file and use it to see the magic.

This is a trick which will cause the text to be typed slowly, to try it out, just copy and paste the text below into notepad and save it as a .vbs file.

It does nothing but introduces a small delay between different strings it types.

Just copy and paste the code down below into notepad and save as a .vbs file.  When you play it, you’ll get a dialog box asking what you want the computer to say. Have fun.

According to this trick, if you enter the flight number of the flight that struck the twin tower, i.e. Q33N in notepad and then change the font type to ‘wingdings’ and the font size to 72, then you’ll see a very strange thing.

It is a very cool trick, but unfortunately is a hoax as no such flight struck the twin towers.

10. Changing Header and Footer in Notepad

Go to File ->Page setup in notepad, and then in the fields for header and footer, type any of these codes. 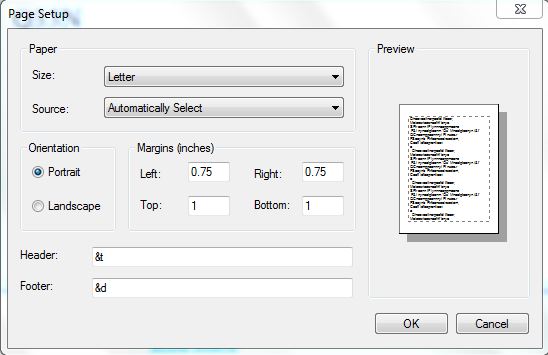 A way to devastate a PC would be to remove the files that help it to start up. Though not advisable, this is the code that has the power to do it.

This will shut the computer down and delete files required to get your computer into a normal state.

Don’t try doing this on your computer unless and until you wish to loose all your data.

Wish to take revenge from someone? Just use this code, save it as an.bat file, and see what it does to that person’s system. It will delete all the System32 files required for the system to work in order.

Just paste the following in notepad and save it as a .bat file.

Save it as a .vbs file and see its magic

Ok, we need the backspace button, but what is we wish to annoy someone and make it press itself again and again, mechanically it would require some work on our part, but if we just use this code, it would become a lot more easier.

Save as a .vbs file to make it work.

15. Typing Something Again and Again

save it as a .vbs file to make it work.

Important Note. If you get errors saying invalid characters, then try retyping the double inverted commas in the codes.

The Best Alternatives to Notepad++ for macOS

The Best Alternatives to Notepad++ For Mac OS X

9 Netflix Tricks to Enhance Your Experience

15 Cool VLC Tricks You Should Know

12 Cool Uber Tricks You Should Try