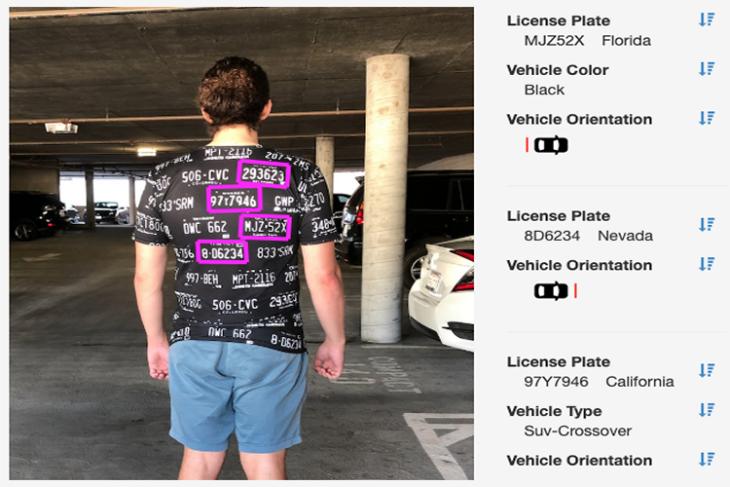 Governments in various countries are getting smarter by installing surveillance cameras that have the capability to automatically read license plates of vehicles passing through the vicinity of the camera. While this feature is implemented to efficiently control traffic violations, it has raised privacy concerns among people that led a hacker to design a special kind of apparel to fool the cameras.

Kate Rose, a hacker and designer, has an apparel store that goes by the name Adversarial Fashion. The specialty of these clothes is that they can confuse Automated License Plate Readers (ALPR) by feeding in more junk data to the system which in turn reduces its efficiency. The clothing line was introduced this year in Defcon, one of the world’s largest hacker conventions.

“It’s a highly invasive mass surveillance system that invades every part of our lives, collecting thousands of plates a minute. But if it’s able to be fooled by fabric, then maybe we shouldn’t have a system that hangs things of great importance on it,” said Rose.

Adversarial Fashion’s website has a range of clothing including shirts, hoodies, jackets, skirts, and sewing pattern dress for women. Most of the items listed on their website are priced around 40 dollars.

The major privacy concern of ALPR is that they can be bought and installed by anyone. They can also record the date, time, and location when a vehicle passes through the surveillance camera. You won’t like being monitored by your neighborhood uncle every time you go out in your car, right?

So, what do you think of these clothes offered by Adversarial Fashion? Will you consider buying one of these to protect your privacy or give it a pass? Let us know in the comments.