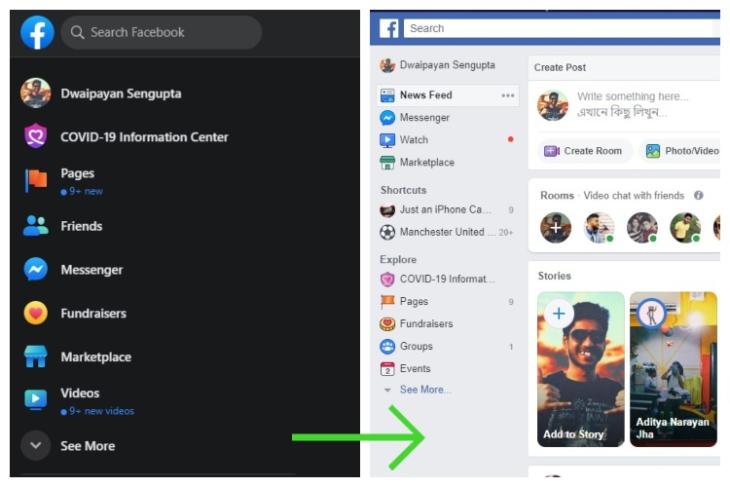 With an aim to give its UI a Twitter-like look, Facebook unveiled a new UI design for its social platform at its annual F8 event last year. After several months of beta testing, the social media giant recently announced that the classic facebook layout is being discontinued from this month. So, users who actually loved the old design will be stuck with the new modern yet clumsy design of the platform. Now, what if I told you that you can easily bring back the classic look of Facebook with the help of a Chrome extension?

A dissatisfied Facebook user recently created an appropriately named Chrome extension, “Old Layout” to bring back classic Facebook for the users. Made by a web developer, Matt Kruse, the “Old Layout” extension adds the old classic look to Facebook’s web platform without the user needing to configure anything.

How to Get Back Facebook’s Classic Design?

So, to get back the old design of Facebook, all you have to do is go to the official website for the extension and install it on your Chrome browser.

After the installation, you won’t need to configure anything or tweak any setting to make it work. Just go ahead and open Facebook and you will find that it has been reverted back from the modern look to Facebook’s classic design.

Now, according to the creator, the way “Old Layout” works is pretty simple. The extension does nothing with the source code of the platform to acquire the old design. Instead, it makes Facebook think that you are using an older version of Chrome on which the new look of the platform does not support.

As a result, users might see an “update your browser” notification pop-up on their screens while using the extension. However, do not worry about that and ignore them right away as your browser does not need an update. It is just making Facebook think that it needs an update.

So, if you are not a fan of the new design Facebook is offering, then go ahead and install this Chrome extension to get Facebook’s “Old Layout” back.