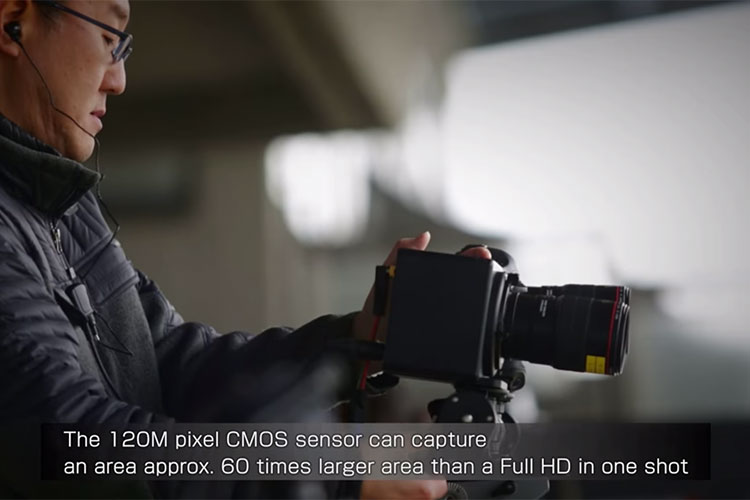 We’ve seen and heard a little bit about Canon’s much-vaunted 120-megapixel camera. It’s been in development for a couple of years, and while we already had the headline specs  – the 120MP sensor, if you were still wondering – now there as a video showing off its stunning performance.

The sensor uses parallel signal processing to read signals at high speed from multiple pixels ad to produce those massive high-res photos. Despite its small pixels and large chip size, this CMOS sensor delivers a maximum output speed of 9.4 frames per second (fps) thanks to 28 digital signal output channels. The reason for Canon including so many channels is simple: Each pixel outputs data in 10 bit at 9.4 fps, producing 18 gigabits of data each second, so the sensor needs the output channels to process all that data.

The 120MXS is available in either RGB or with twice the sensitivity, in monochrome for some stunning high-res black and white photography. 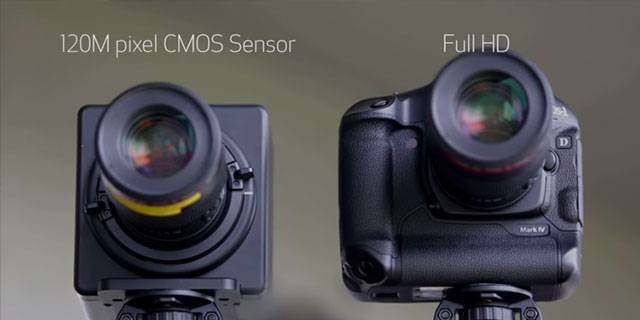 It’s worth mentioning here and most consumers will never see or need such a camera in everyday use, and in fact the 120MXS might be too overpowered for some professionals too. Cameras with this sensor are largely intended for commercial uses such as for medical imaging and machine vision applications. But ominously it’s also being pitched as solution for large venues and arenas where its incredible resolution can improve surveillance. Well, that was anticlimactic.