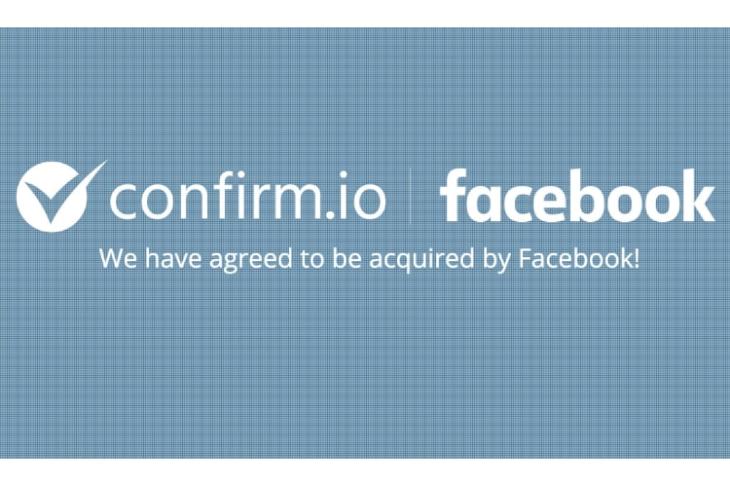 Facebook has just confirmed that it has acquired Confirm.io, a biometric authentication startup. Facebook confirmed the acquisition by replying to a query by TechCrunch, where the company said that,

“We are excited to welcome the Confirm team to Facebook. Their technology and expertise will support our ongoing efforts to keep our community safe.”

If you have never heard of Confirm, it’s a Boston-based startup which provides other companies with a solution to run ID authentication checks on any government issued ID using RESTful APIs. Confirm authenticates the government issues IDs using advanced forensics, extracts ID information for easy use, and retains zero personal information.

However, Confirm.io will now cease to offer its services after its acquisition as both its team and technology will be rolled into Facebook. The startup has updated its website informing its users about its position,

“When we launched Confirm, our mission was to become the market’s trusted identity origination platform for which other multifactor verification services can build upon. Now, we’re ready to take the next step on our journey with Facebook. However, in the meantime, this means all of our current digital ID authentication software offerings will be wound down.”

According to TechCrunch, Facebook has acquired Confirm.io to enhance is account verification process. It will especially be helpful to users who are locked out of their account either by losing their passwords or getting hacked, as they could be identified using the Confirm’s technology and given back the access that they lost.

Facebook has already tried its hands on features like photo ID for users or allowing users to unlock their account using a selfie. However, those features could never make out of the testing phase. The acquisition will surely help Facebook in developing these features so they can be used in the real-world situations. However, that might just be the tip of the iceberg. Confirm’s technology will provide Facebook with many avenues to explore, and it’s up to the company as to how it wants to make use of that technology.