After a not-so-good combination with Motorola — which brought to the stage Google Nexus 6 —, Google made a tie with Huawei and LG! LG and Google created a revamped version of Nexus 5 namely 5X while a new relationship with Huawei was to bring Google Nexus 6P into limelight. Of course, Nexus 6P is a clearing-the-mistakes scenario for that tech giant; and, that’s why we have a compact, easy to handle and sturdy-built Smartphone with the latest version of Android on top.

As we come to the case of build, Nexus 6P doesn’t disappoint us, because the unibody design and its metal frame are quite promising. To protect the screen, its glass has been equipped with Corning Gorilla Glass 4. However, when you drop the device usually, its existing build quality won’t be sufficient. And, that’s when you should use one of the best Nexus 6P protective cases available in market.

Here, we have listed out best ten protective cases you can (and you should) get for your brand-new Nexus 6P. 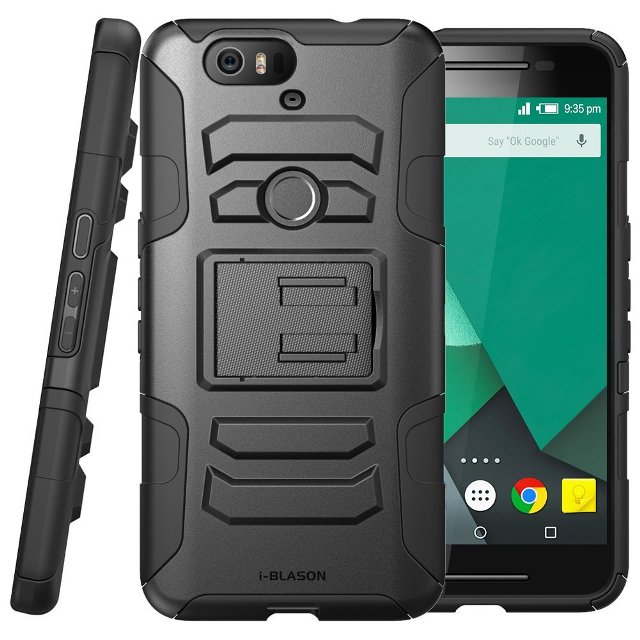 First, we have this rugged-built Nexus 6P case from i-Blason, which is a recommended brand in industry of cases. It’s a matter of fact that your slimmer Nexus 6P shall become a bit bulkier once you’ve put i-Blason Dual Layer Nexus 6P Case on top. The case has two pieces. One is the hard back case, whose objective is to offer protection from a wider variety of threats and obstacles. The second part is a belt clip swivel holster, which helps you keep the Nexus 6P just attached to your belt. Other features of this case include raised bezels, in-built kickstand and a set of pronounced buttons. Plus, you’re assured of access to all the speakers, sensors and notably the camera. 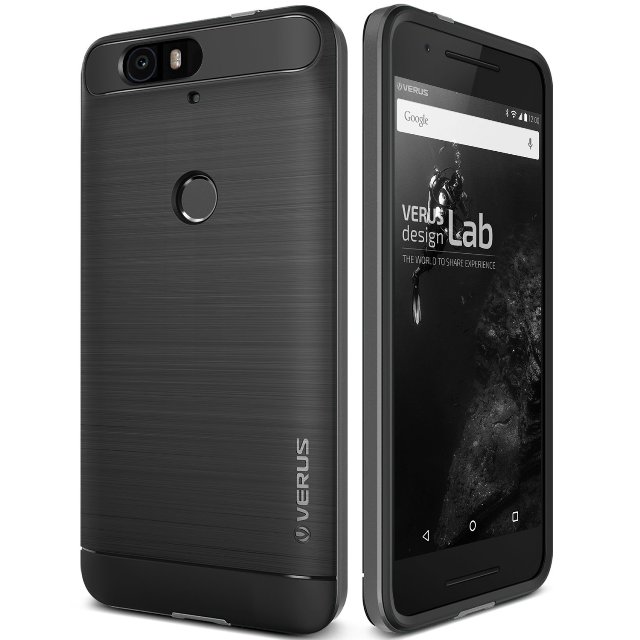 If you are looking for a slimmer & easy-to-handle protective case for your Nexus 6P, Verus Steel Silver Nexus 6P Case is a good choice. The case comes with a brushed metal texture on the back side, which is really sexy. This perfect-fit case comes with detailed inside pattern, which can be useful when the device has been subjected to major drops or bumps. The whole case is made of a two-layer design, and the installation would be easier than you expect it to be. The outer layer is meant to give protection from drops and bumps whereas the inner silicone-layer is up to the mark. In addition, the snug-fit protective cases higher-grade materials for construction, which is promising too. 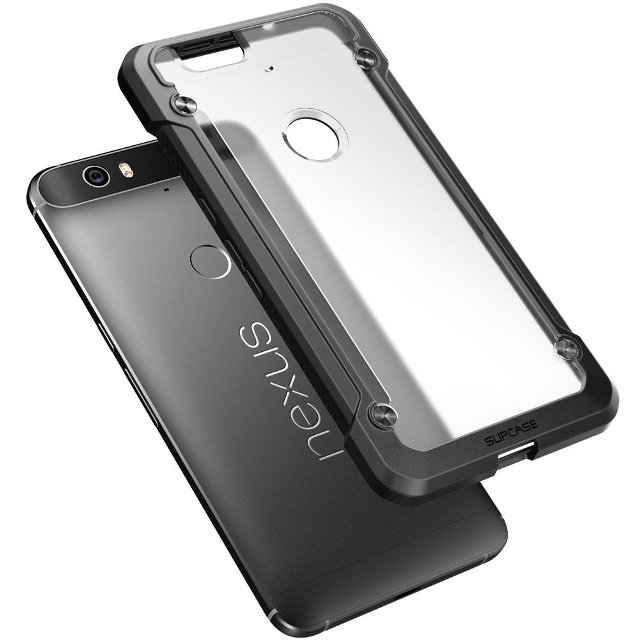 SUPCASE Unicorn Beetle Nexus 6P Case is priced at a medium range offers a hybrid level protection for your 6P. If it is okay to pay a bit more, you can have two colour variants of the case — Black and Blue. What is to be noted first is the sleek and powerful design we can see. If we are compare it with the other rugged cases, this one is an incredibly compact one, despite the powerful capabilities of impact resistance. Regardless the toughness, you get access to all the ports, cameras and sensors, for that matter. Other features of the case include snap-on design that helps during the installation, multi-colour availability, texture side bumper for better grip and a semi-clear back. 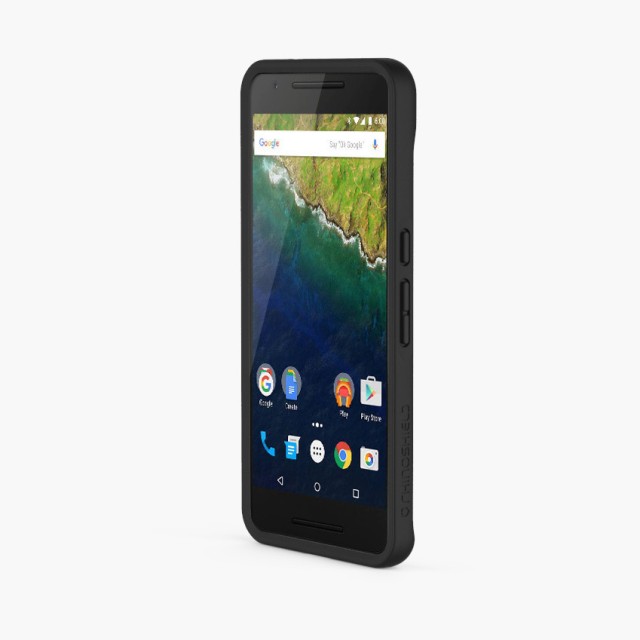 Rhino Shield Crash Guard Bumper for Nexus 6P is very lightweight and ultimately compact. Being an easy-to-use case you can get, the pricing is not that expensive either. This is not a fully-fledged protective case you can get. But, it’s an awesome accessory when you need protection during drops and a better grip while handling — thanks to the matte texture included with the case. Other features of Rhino Shield Crash Guard Bumper for Nexus 6P include the easiest access to buttons and camera, compatibility with official and third-party headphones etc. This protective case offers four colour variants — Black, White, Blue and Dark Blue. You can choose the favorite color you want. By the way, it’s worth noting that some higher protection variants are also available. 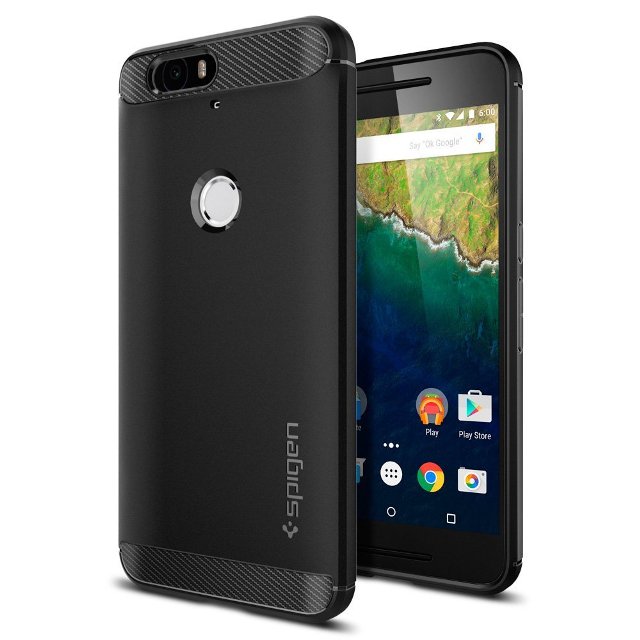 A product from the industry-leader Spigen, Spigen Rugged Armor Nexus 6P Case is a good choice when you have one relatively inexpensive case for your 6P. The whole look and design of this case have a certain elegance, with a carbon fiber pattern and a classy finish. It’s a single-layer case made using flexible TPU, and you won’t be having much bulk. In addition, Spigen has included laser-focuses cutouts, ensuring the compatibility of official and unofficial accessories like headphones. At the same time, you have access to all the ports & camera too. On top of all, Spigen has enriched the protection through the use of Air Cushion Technology. When we add additional features such as raised bezels, its highly responsive keys and better assistance from Spigen, the case becomes exception in the range. 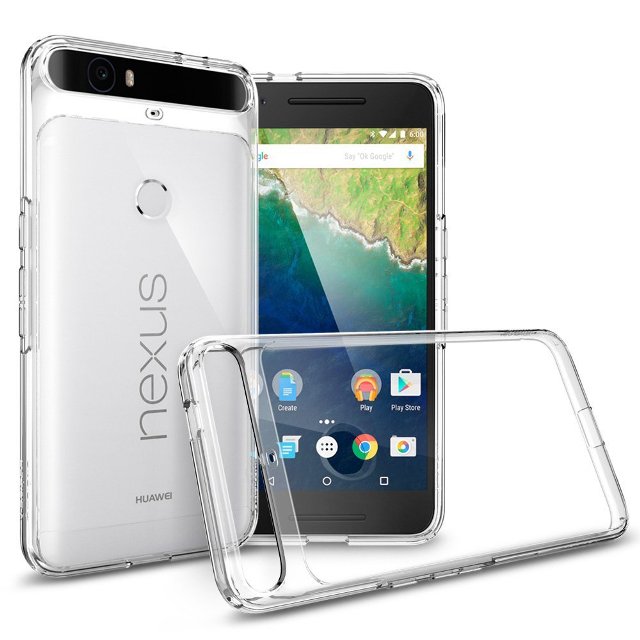 Spigen Clear Back Nexus 6P Case is a wonderful clear hard case you can grab for your Nexus 6P and the pricing isn’t a lot expensive either. So, this Spigen-made case can offer state-of-the-art protection from a wide variety of obstacles, without compromising the real stunning looks of Huawei Nexus 6P. Unlike the aforementioned one, this case has a two-piece structure — one of flexible TPU and one hard PC. Apart from the undeniable quality that Spigen keeps in almost every accessory it manufactures, there are some superb features as well. For instance, there are raised bezels and hybrid build. Likewise, you get Air Cushion Technology on top of all these, which is a good addition for a rough Smartphone user. As per what customers say, there are no compatibility issues. 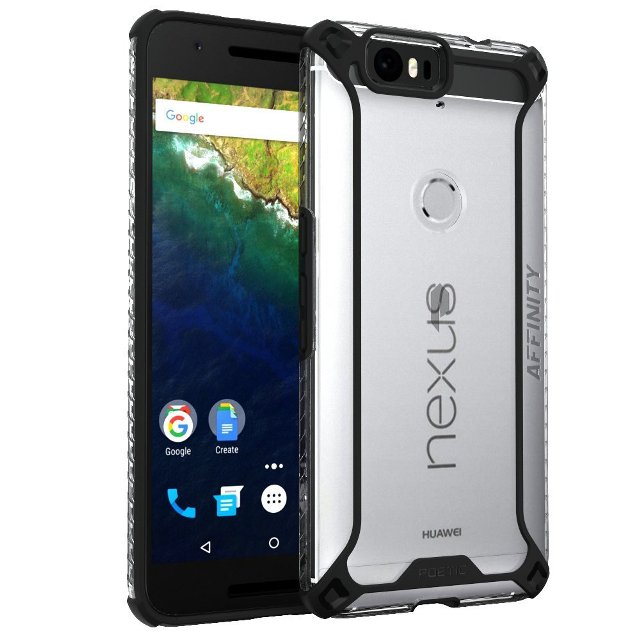 There’s no question about build quality or strength when we come to Poetic Affiity Thin Nexus 6P Case. And the best part is that you can get such an awesome sturdy-built Smartphone case for an unbelievable price. Since the case has made the use of clear Polycarbonate, you can showcase the real charm of your Nexus 6P; let that be black or white. It consists of two layers, one of clear PC and another one of TPU, as mentioned earlier. Other noticeable features we found in Poetic Affiity Thin Nexus 6P Case include the anti-slip side grip protection, inner ridges for minimizing shock impact, raised bezel on the screen section for easier upside-down placing and clear cutouts for camera and ports. It’s making a lot of sense, in the long run. 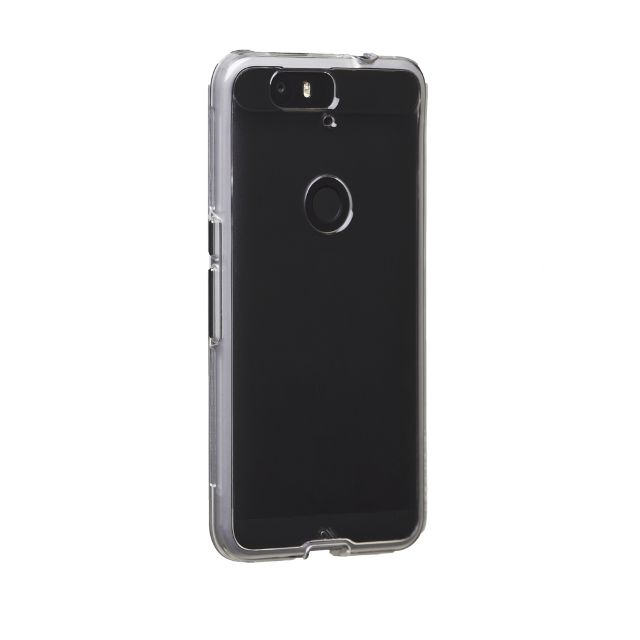 Yet another good option for rough users, Case-Mate Naked Tough Case for Nexus 6P can be a bit expensive, for one Smartphone case. Of course, it’s a dual-layered case that is meant to protect from common obstacles as well as both minor and major drops, shocks etc. However, despite the dual layer, the bulkiness isn’t intolerable. In fact, if we are to compare other cases in the same range, we would find that Case-Mate Naked Tough Case for Nexus 6P is pretty much compact to be handled. And, as the name says, the whole case is transparent and you will get the same Nexus 6P feel even when the accessory is on top of it. Other noteworthy features of this case include the metal buttons for easier press, incredible slimness and the uncompromised quality. 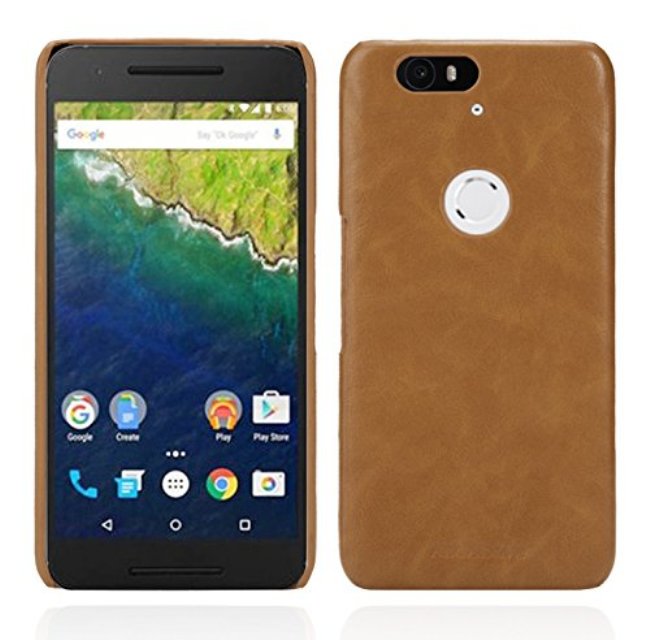 If you prefer a Leather-made protection to the TPU and PC combination, AceAbove Premium Leather Nexus 6P Case is seemingly a good option you can get. Priced at a mediocre range, you are going to have elegance and protection at once. The leather protection has been extended to almost every part of your Nexus 6P, from the back portion to the four edges, where the protection level is optimal as well. As per what verified customers say, the case offers total access to all the ports, cameras and other required parts of your Smartphone. However, it has to be noted that there is plastic inside the leather-made case. 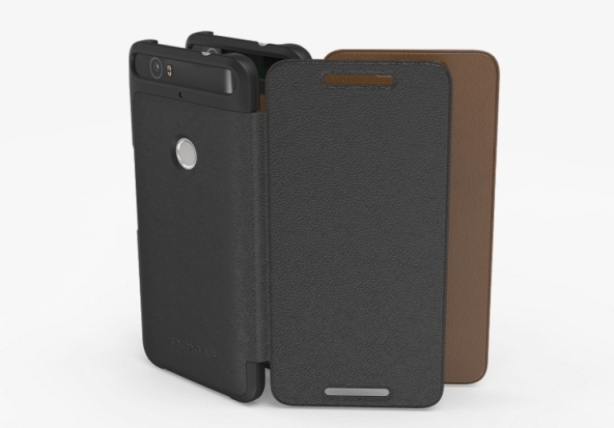 As the last protective case in this, we have one from Adopted. It’s a Nexus 6P protective case that is listed in Google Play Store and we can expect a standard quality from Adopted Nexus 6P Leather Folio Case. Adopted has created an awesome impression when it comes to the case of Nexus Smartphone protective cases. This one too has satisfactory features to stay in the line. For instance, the textured microfiber of Adopted Nexus 6P Leather Folio Case is useful as it comes to drops and minor bumps. Likewise, its stronger frame and the raised bezels are enhancing the level of offered protection in the long run.

Do you use any protective case for your Nexus 6P? Do let us know the name, through your comments.