Clash Royale is one of the most popular mobile game out there. It’s developed by the same people who have brought you the most popular Clash of Clan game for mobile devices. If you are having a hard time playing this all-new dueling game, Clash Royale. Don’t worry anymore because we’re going to give you the best tips that will help you improve your game and become a better duelist in this epic battling game. 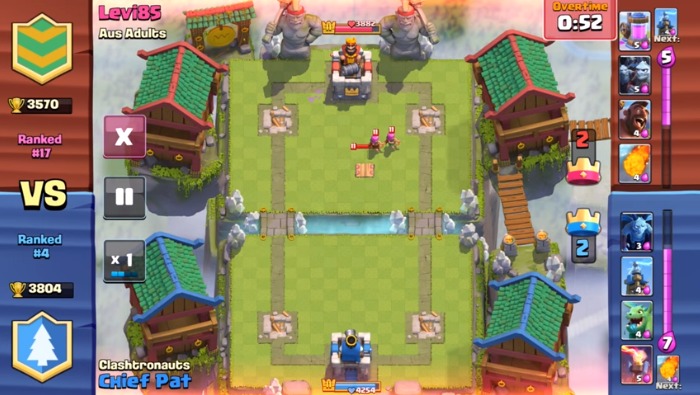 Clash Royale is all about strategy and tactics. You cannot win the game by using brute force and attacking your opponent all out. You need a decent plan and strategy to get the upper hand and win the battle.

The first mistake that beginners make quite often is that they go for the strongest units in the game. It looks good on paper. You have strong units, and you will overpower your opponent, but that’s not the entire case in this game. Your opponent will quickly overrun you with weaker units. So, always keep a perfect balance in your units and mix stronger units along with weaker units in your arsenal. Don’t come under pressure and give up in the beginning because the game can turn at any point if you keep your cool. Keep a mix of all the cards in your deck to maintain a perfect balance on the field.

You cannot just win with having the perfect strategy. You also need a good deck. People who have the best decks can often win even when they are not using the best strategies. Sometimes the most expensive decks can carry you to the win. If you want to get units, then keep the balance as mentioned above. Don’t just invest in the most expensive unit but don’t just get cheap units either. Get fast units along with some anti-air units. Use your gameplay style to choose your units. If you’re an aggressive player, then choose faster units and if you’re using a defensive strategy then choose tank units that can withstand heavy damage. You can choose a mix of both if you want to have a balanced strategy.

Devise A Plan and Stick to It 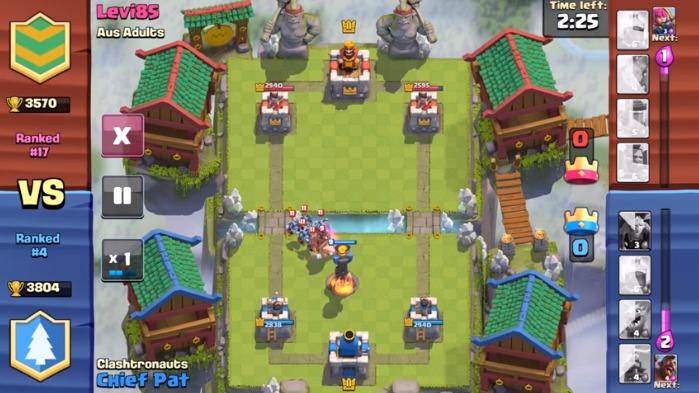 Any player who doesn’t take the battle seriously and sends a small number of troops into the battle will almost always lose the battle. If you want to play a serious match and increase your chances of winning then, stick to the following tips.

Make a deck, learn it, and play it continuously. Learn about all the cards so you know what is weak and what is strong. Learn about different match-ups and make your decks accordingly. Once you have made a deck then play it for a good number of times before you try something new. After you have played quite some matches with the deck, only then you should make small changes and tweaks to the deck to improve it. Look for the cards that are not helping you at all or very little during the match. Replace these cards with other ones and run the tests again. Repeat the process until you find the perfect balance between all your cards and a deck that has a perfect strategy against most other players.

Keep an Eye on Chests

You can open chests in the game to receive prizes. These include cards and upgrades for your troops. However, there is a time limit and a certain wait time before you can open a chest. You can bypass this time limit if you use your jewels. If you are waiting for the chests, then it is better to keep track of the time and open your chests on time to get as many prizes as you can. 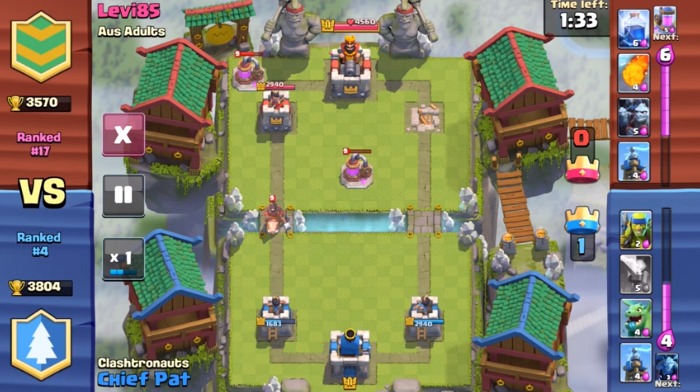 The first hand of cards you get is dealt completely randomly. If you get a good hand with decent cards that can be used effectively then you are lucky, however, if you’re dealt a bad hand then it doesn’t mean that you lose instantly. You can still pull off a win if you keep your cool and play defensively. When the hand dealt is not ideal then switch to a defensive gameplay style to keep the enemy at bay until you get access to your stronger cards.

Use The Elixir Wisely

Most of the newbies, often end up exhausting their entire elixir resource too quickly when they mindlessly throw everything in an attack. This will often lead to your demise and a crushing loss. If you want to attack, then build up your elixir first and deploy a couple of combination cards when you have enough elixir. This type of strategy yields better results than mindlessly using up all your resources. 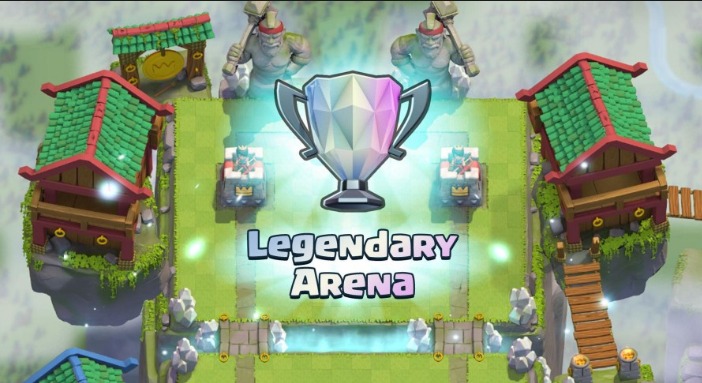 The best tip is to learn about all the cards individually. How much a card costs? What does it do? Where does it fit in your deck? etc. If you know the cards then you’ve already improved your overall game. You can carry out different combinations and make unique strategies to confuse and overpower your opponents in the battle. The more you play, the more you learn about this epic card battle game.

Keep on playing and improving your Clash Royale skills. The above tips will definitely help out all the players who are just starting out in this epic game. New players can definitely benefit from these tips. Don’t lose your heart after a loss. It’s a game, so take it lightly and do your best.

SEE ALSO: 15 Android Games You Can Play With Just One Hand

If you have some other tips for Clash Royale players, then feel free to share them with us in the comments below.