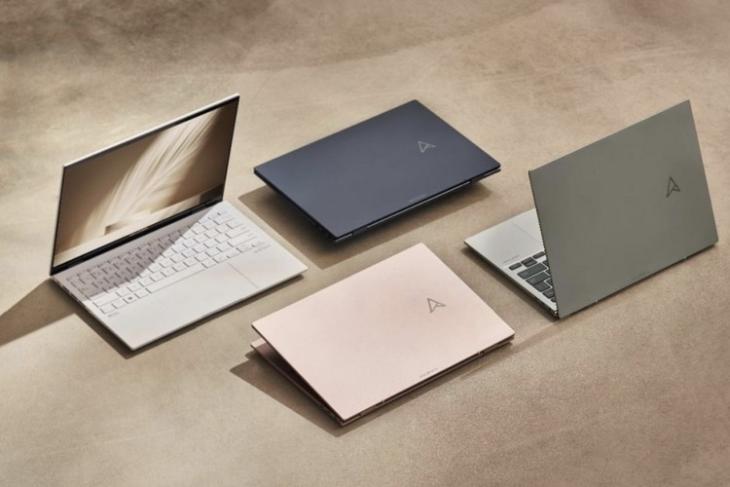 Asus has launched three new laptops in India. The first one is the Asus Zenbook S 13 OLED, which is being hailed as the world’s thinnest and lightest 13-inch laptop. The other two models include the new Vivobook Pro 14 and the Vivobook 16X. Let’s take a closer look at the key specs and features of the new Asus laptops.

The new Asus Zenbook S 13 OLED (model UM5302) comes as one of the thinnest and lightest, high-performance laptops. It is 14.9mm thick and weighs just 1kg, which is pretty impressive, considering its high-end specs, which we will get to in a second. The device comes in a magnesium-aluminum chassis and sports a 13.3-inch 2.8K touch-enabled OLED display with a 16:10 aspect ratio, 89% screen-to-body ratio, 550 nits of peak brightness, and Dolby Vision support. It is also MIL-STD-810H certified for drop protection.

Under the hood, the Zenbook S 13 OLED can pack up to the latest AMD Ryzen 7 6800U CPU along with RDNA 2 graphics. It comes with 16GB of LPDDR5 6,400MHz RAM and up to 1TB of PCIe Gen 4 SSD. There is also a 67Whr battery inside that support 65W fast charging. Users can charge the device via one of the three onboard USB-C ports that also support data transfer and secondary displays. There is also a 3.5mm audio combo jack aboard.

Other than these, the laptop comes with a fingerprint scanner embedded into the power button, Harman Kardon-backed speakers with Dolby Atmos support, a 720p webcam, and Asus’ NumberPad 2.0 technology that brings up the Numpad as a touch-enabled UI on the multi-touch trackpad. It runs Windows 11 Home and comes in two pastel-style color options – Aqua Celadon and Ponder Blue.

The new Asus Vivobook Pro 14 OLED (model M3400) has a 14-inch 2.8K OLED display with support for a 90Hz refresh rate. The panel has a peak brightness of 600 nits and is also supported by VESA DisplayHDR True Black 600 and Dolby Vision technologies. The display also supports 100% DCI-P3 color gamut and is Pantone-validated for color accuracy.

The Vivobook Pro 14 is powered by up to AMD Ryzen 7 5800H CPU, which is on par with the new Zenbook S13 OLED. However, the former comes with AMD’s Radeon graphics instead of RDNA 2 GPU in the latter. For memory, the Vivobook Pro 14 comes with up to 16GB of DDR4 RAM and 512GB of PCIe Gen 3 SSD. There is also a 50Whr battery with support for 90W fast charging inside the device.

Coming to the ports, there is one USB-C 3.2 Gen 2 port, two USB-A 2.0 ports, an HDMI 1.4 port, and a 3.5mm audio jack. There is also a MicroSD slot on board. Other than these, the Vivobook Pro 14 comes with a fingerprint scanner embedded into the power button, a 720p webcam with a privacy shutter, and support for Wi-Fi 6 for uninterrupted wireless connectivity. It comes in two colors – Solar Silver and Cosmos Blue and runs Windows 11 Home.

The Asus Vivobook 16X (model M1603) comes with a 16-inch Full HD+ screen with a 16:10 aspect ratio. This provides 11% more vertical screen real estate, which is especially beneficial to creative professionals. The panel has a peak brightness of 300 nits and has an 86% screen-to-body ratio.

The laptop can pack up to AMD’s Ryzen 7 5800H CPU paired with AMD Radeon graphics. As for the memory, the device comes with up to 16GB of DDR4 RAM and a 512GB PCIe 3.0 SSD, which is replaceable. It also packs a 50Whr battery with support for 90W fast charging.

As for the ports, there is one USB-C port, two USB-A ports, a micro HDMI port, and a 3.5mm audio jack. Additionally, the device supports Wi-Fi 6 and also comes with a fingerprint sensor. The Vivobook 16X is MIL-STD-810H certified for shock and drop protection. It comes in two color options, namely Quiet Blue, and Transparent Silver, and runs Windows 11 Home.