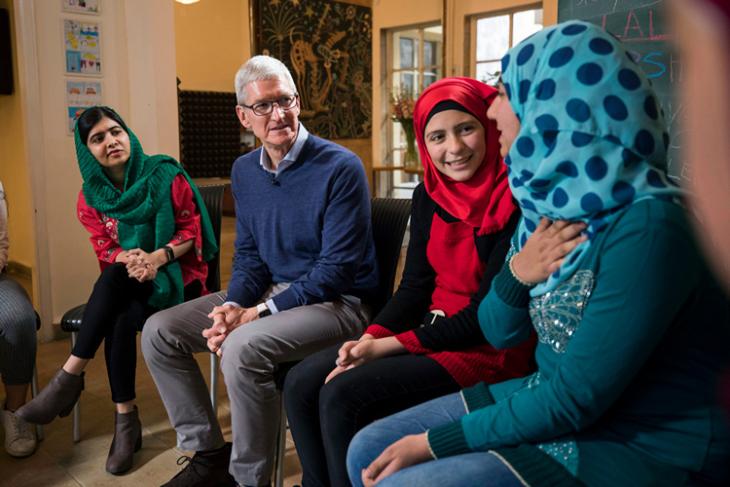 Pakistani Nobel Laureate Malala Yousafzai’s name has become synonymous with the struggles that women and girls in some parts of the world have to endure just to be accepted as equals. She became a household name back in 2012 when Taliban militants shot her in the head for repeatedly speaking out in favor of women’s education in spite of religious edicts warning girls to stay away from schools. Fortunately, she recovered from this ordeal, and has since used her fame to good effect, becoming a women’s rights activist and promoting women’s education worldwide. 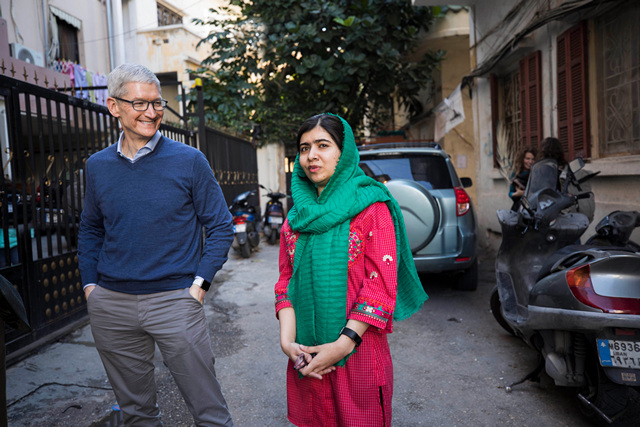 As part of her efforts to help little girls in the region receive quality education, she founded The Malala Fund the following year, which has since received support from leading public figures and celebrities, including American actress Angelina Jolie, who donated $200,000 to the organization.

Now, it is the turn of American tech giant Apple to team up with the Malala Fund by announcing that the company will help the organization through “technology, curriculum and research into policy changes needed to help girls everywhere attend school and complete their education”.

Apple CEO Tim Cook flew to Lebanon to met Yousafzai for the announcement of the tie-up that is expected to help at least 100,000 girls get an education in places like Afghanistan, Pakistan, Lebanon, Turkey and Nigeria. The two had met for the first time Oxford, UK, where Yousafzai is studying for a bachelor’s degree in Philosophy, Politics and Economics at Lady Margaret Hall.

According to a statement released to the press, Tim Cook said that he’ll join the Malala Fund leadership council because “…education is a great equalizing force, and we share Malala Fund’s commitment to give every girl an opportunity to go to school”. He also praised Yousafzai for her continuing fight for women’s rights. “Malala is a courageous advocate for equality”, said Cook. “She’s one of the most inspiring figures of our time, and we are honored to help her extend the important work she is doing to empower girls around the world”, according to the Apple CEO.

Yousafzai also released a statement on the occasion, saying that it is her dream that someday, every girl in the world will be free to choose their own future. She also praised Apple for its “innovations and philanthropy”, which, she said, “has helped educate and empower people around the world”. According to her, “I am grateful that Apple knows the value of investing in girls and is joining Malala Fund in the fight to ensure all girls can learn and lead without fear”.