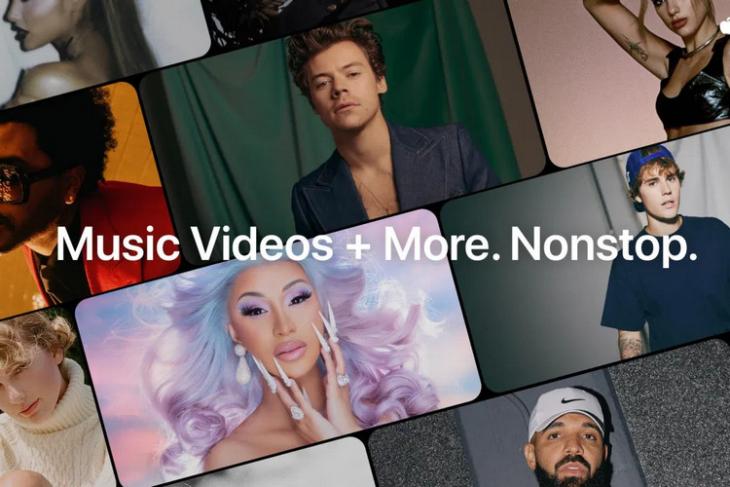 Apple on Monday launched a free 24-hour music video service that it says will offer “exclusive new music videos and premiers, special curated music video blocks, and live shows and events as well as chart countdowns and guests”. Called ‘Apple Music TV‘, the service is available within the company’s Apple Music and Apple TV apps, but is only available to US residents for now. It can also be accessed via web-browsers at apple.co/AppleMusicTV.

The Apple Music TV service kicked off Monday with a video countdown of the 100 most-streamed songs on Apple Music in the US. On Thursday, October 22, the service will air music videos of various Bruce Springsteen songs to coincide with the launch of The Boss’s upcoming album, ‘Letter to You’. The ‘All Day Bruce Takeover’ event will also feature an interview with Springsteen and a special livestream fan event.

According to Variety, it will also have two exclusive video premieres on Friday, including Joji’s “777” and Saint Jhn’s “Gorgeous” as part of a plan to premiere new videos every Friday morning. The report further claims that the service will, from time to time, air additional music-related content, including interviews, archival footage and live, interactive fan events that would enable viewers to interact with the artistes.

According to Rachel Newman, Apple’s Global head of editorial and content, much of the content on Apple Music TV will be based around “contemporary, well-known hits”. In an interview with the publication, she said: “… if we have a sample representation of artists, it would be Drake, Dua Lipa, Cardi, B, BTS, Justin Bieber and Billie Eilish. Generally it’s very intentionally music videos interspersed with short-form video interstitial content, along with the odd long-form piece when it’s around special events, like the all-day Bruce takeover”.