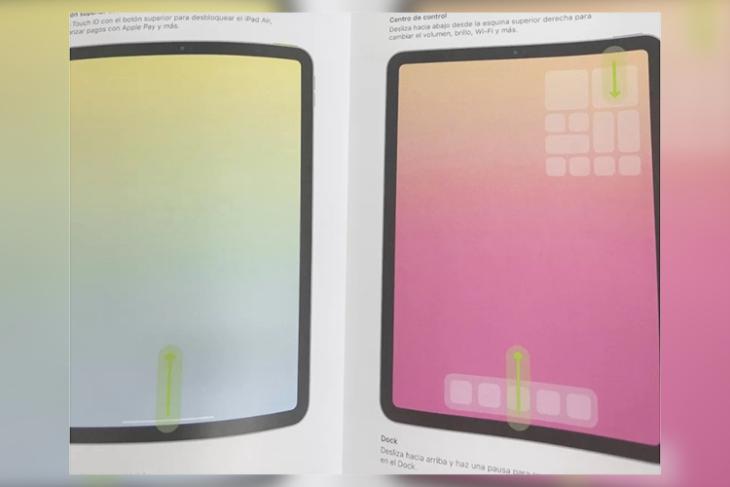 We have seen quite a lot of leaks regarding upcoming iPads. Famed Apple analyst Ming-Chi Kuo has said that Apple will be releasing a larger, 10.8-inch iPad Air this year. Now, a new leak suggests that the upcoming iPad Air will have an iPad Pro like design, and a USB-C port to boot.

The leak comes from Twitter user DuanRui who shared images of what they claim is the iPad Air 4’s instruction leaflet. According to these images, the iPad Air 4 will come with a complete redesign, with thin bezels around the side. You know, just like the iPad Pro. Moreover, the pamphlet mentions that the iPad Air will use USB-C for connectivity instead of Lightning. That’s a good step if it’s true, because USB-C offers far more flexibility than Lightning does.

Other details mentioned in the pamphlet indicate that the iPad Air will not use Face ID, but will feature a fingerprint scanner in the power button.

It goes without saying that there’s no evidence to suggest that these images aren’t simply created with Photoshop. As such, it’s best to take this information with a pinch of salt. However, Apple redesigning the iPad Air could be a good thing for the company. After all, the iPad Air sits between the iPad and the iPad Pro, but doesn’t look all that different at first glance. With a design change, and a more desirable USB-C port, the iPad Air could make some potential iPad buyers want to spend the extra cash.

It’s also noteworthy that a recent regulatory filing suggests that Apple is about to launch a bunch of new iPads, and the new iPad Air could be one of them. We’ll keep our ears to the ground on this one, so stay tuned for more updates as they come.