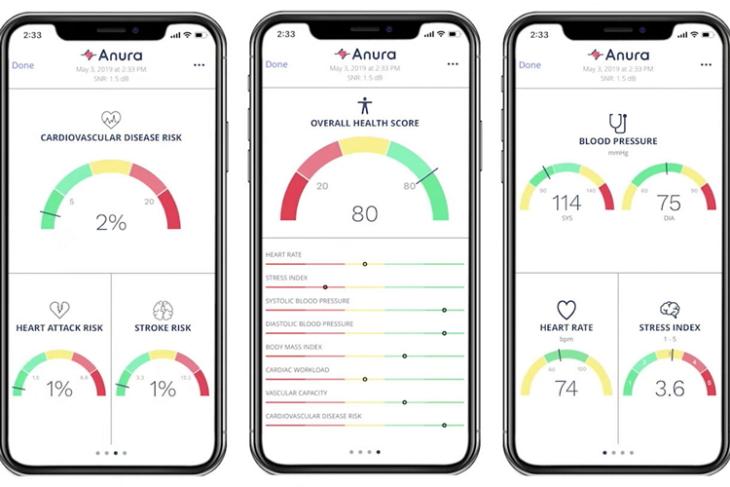 Keeping the increased number of smartphone users in mind, researchers at the University of Toronto have developed an app that will allow people to check and monitor their health right from their smartphones. The app is named Anura and it collects and generates information from a user’s face in less than a minute. All you have to do is show your face to the app for 30 seconds and the app will come up with significant information about you.

Anura collects the facial features through its advanced deep learning technology to measure aspects like your heart rate, rate of breathing, stress levels, skin age, and even body mass index. It can also show the possible risk of you getting a heart attack, stroke, blood pressure or cardiovascular disease. Sounds amazing, right?

The app makes all these possible by applying transdermal optical imaging. It is a method of collecting data using the sensors present in your smartphone and monitors the change in hemoglobin.

“Because our skin is translucent, light can penetrate through its surface. Underneath, it encounters two types of protein. One is melanin and the other is hemoglobin. When the light bounces back to our phones, our phone’s amazing optical sensors are able to pick up this information. We can pick up a detailed picture of how hemoglobin is concentrated in different parts of the face,” said Kang Lee – one of the authors of the research paper.

The researchers claimed that Anura could measure blood pressure with up to 96 percent of accuracy. Mr.Lee also emphasized that Anura will not replace doctors or the traditional methodologies for measuring blood pressure. Rather, it is developed to impart self-awareness to the people.

Anura is available on the Google Play Store and App Store right now with the capability of measuring heart rate and stress. An update with more features will be rolling out soon after the researchers complete finetuning the interface and the overall efficiency.

So, what do you think of Anura? Tell us in the comments.