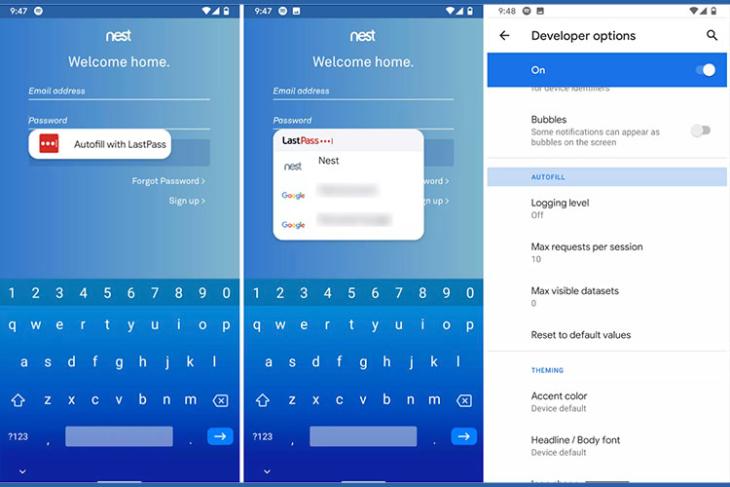 Android brought an autofill service with Android 8.0 Oreo, and while it works really well, Google is now trying to make it look better too. In the latest Android Q beta, the autofill dialog box that pops up has a new, more clean look that’s more in line with Google’s recent app redesigns. Plus, reports suggest that there are slight performance improvements in tow as well.

Reports also claim that apart from this redesign of the autofill box, the autofill service itself also feels faster and can fill out your passwords noticeably quicker, which is obviously great. That said, we’ve not tested this out on our own and can’t independently confirm that there are any performance improvements to the autofill service in Android Q beta 5. The redesign though, is definitely there.

If you’re using Google’s autofill service on your phone and you’re running the Android Q beta, you’ve probably seen this redesign in the past. However, if you’re like me and using a third party password manager on your Android smartphone, I think you’ll appreciate the redesign here.