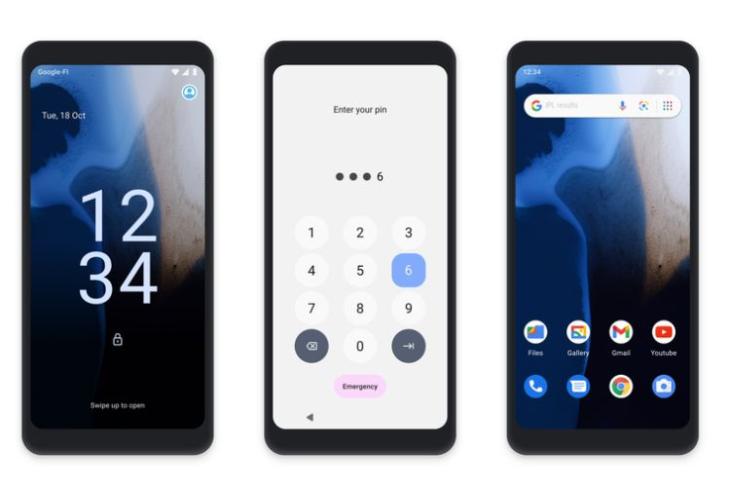 As a mandatory ritual, Google has introduced the Go Edition of Android 13 meant for low-end smartphones. The Android 13 Go Edition is based on “reliability, usability, and customization” and brings along a number of new changes, the Material You design being the highlight. Google has also revealed that there are now over 250 million monthly active Android Go devices.

Google’s Material You design is now available with Android 13 Go Edition, which is the first time for Android Go. This will change the whole color scheme of the phone based on the wallpaper chosen and will allow users to customize their phones better. It’s already available on Android 12 and Android 13.

Google has also added a “built-in intelligence,” which introduces the Discover feature to get access to curated articles and more content by simply swiping right from your home screen. Again, this feature already exists for the OG Android version.

To make it easier for people to get faster updates, Google has added Google Play System Updates to Go devices. This will provide low-end phones with important updates even when they are not part of the major Android release. The updates are meant to be fast and simple without taking a toll on the storage of the device, which is a problem with low-end phones.

Additionally, Android 13 Go Edition gets Notification Permissions, App Language Preferences, and more features. Android Go Edition will be released in 2023 but we don’t know an exact timeline yet.