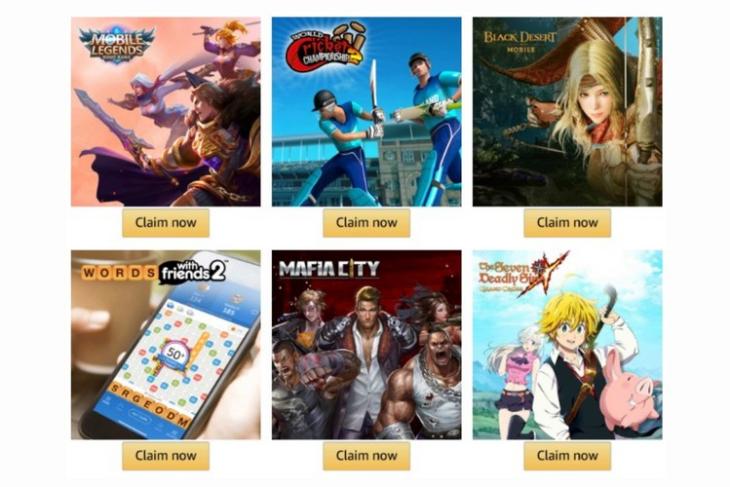 Amazon introduced the “Amazon Prime” way back in 2005 with just faster delivery benefits. However, as the years passed by, Amazon Prime went on to become a full-fledged ecosystem of Amazon’s services with the addition of Prime Video, Prime Music, Prime Reading and several other services and benefits for the Prime customers. Now, the Seattle-based company is offering free in-game perks for a few mobile games to its Prime customers.

After introducing almost all types of services, Amazon is now looking to capture the gaming sector. Earlier this month, we saw Amazon Games announce its free-to-play game. Now, we got to know that the company has created a dedicated webpage to spread info about the free in-game content that will be offered to the esteemed Prime customers.

Now, according to the microsite set up by Amazon, the company is offering a few perks for mobile games like Mafia City, The Seven Deadly Sins, Words with Friends 2, World Cricket Championship, Balck Desert Mobile and Mobile Legends: Bang Bang.

These perks include free in-game content like a new stadium for World Cricket Championship, virtual currency for Mafia City, mystery box for Words with Friends 2 and cosmetic items for Mobile Legends: Bang Bang. Now, players can claim all of this for free just by logging in with their Amazon Prime accounts in the game.

“With the launch of Prime gaming, we continue to make Amazon Prime more valuable for members in India. We recognize the need for in-game content by mobile gamers to enhance their playing experience and are delighted to provide access to this content free to Prime members,” stated Akshay Sahi, the Director and Head of Amazon India.

Although, as of now the offerings are quite limited, however, the Director added that they “will continue to add new in-game content for other popular games” in the future.