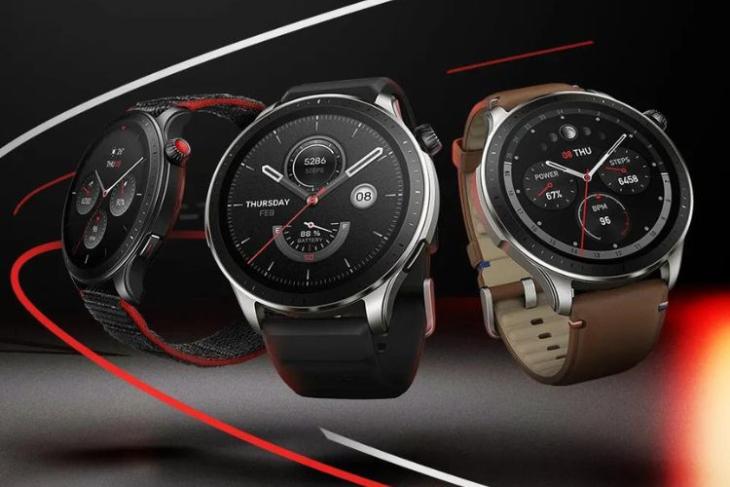 Amazfit has introduced a new smartwatch as part of its GTR series in India. The new GTR 4 comes with Bluetooth Calling, Accurate GPS tracking, and more features. Check out the price and other features.

The Amazfit GTR 4 features a 1.43-inch HD AMOLED display with the Always-on-Display (AOD) feature, 466×466 screen resolution, and 200+ watch faces. It has a metallic frame and a stainless steel crown.

The smartwatch comes with health features like a 24×7 heart rate monitor, a SpO2 monitor, a stress tracker, and a sleep tracker too. The watch can also record the heart rate during swimming. There’s support for more than 150 sports modes with smart recognition of strength training exercises, live sports data broadcast, and the ability to sync the workout data with Adidas Running and Strava apps using the PeakBeats Workout Status algorithms.

Apart from Bluetooth Calling as its highlight, the Amazfit GTR 4 also gets dual-band GPS support and features like Route File Import, real-time navigation, Track Run Mode, and Smart Trajectory Correction. It is backed by a 475mAh battery, which is claimed to last up to 14 days on a single charge.

The GTR 4 comes with 5ATM water resistance, music storage and playback, and runs the Zepp OS 2.0. There’s support for various mini apps like games in the Zepp app. This is in addition to the GoPro and Home Connect third-party apps.

The Amazfit GTR 4 retails at Rs 16,999 and can be purchased via Flipkart and Amazfit’s website. As part of the offers, a limited edition premium Leather Strap worth Rs 1,999 will be available for free.

You can choose from Superspeed Black and Racetrack Grey color variants.