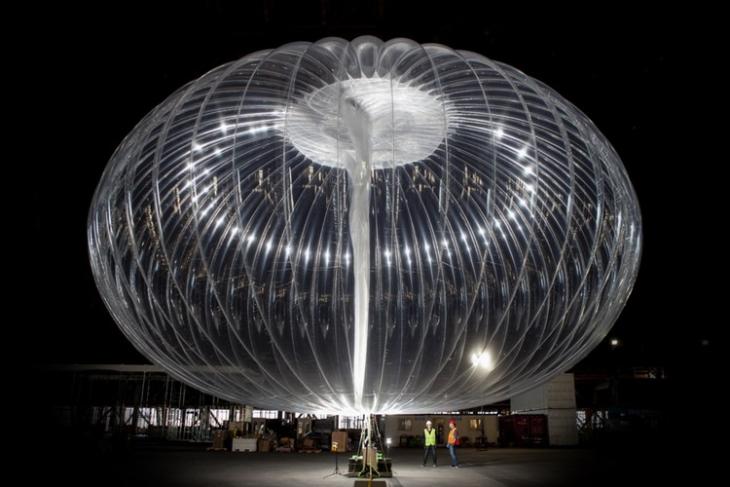 As the internet is becoming an essential part of our daily lives, several companies are trying to connect parts of the world that are still disconnected to the internet. We have seen Facebook build a “fiber-spinning” robot to cut the cost of laying fiber-optic cables over large areas. Now, Alphabet, the parent company of Google, is using solar-powered balloons to provide internet service in Kenya.

Project Loon, which started as one of Alphabet’s “Moonshot Projects”, aims to use solar-powered balloons as “floating cell towers”. These balloons go pretty high up in the skies and send internet signals down to the ground.

Now, the Loon balloons are launched from dedicated stations located in California and Puerto Rico. After the launch, the balloons travel from their stations across the South Atlantic Ocean to reach eastern Africa. For navigation, the balloons use helium and pressure combined with some kind of machine learning algorithms.

So, the reason these balloons travel across the ocean to reach Africa is that Loon and Alphabet are currently developing these balloons specifically to bring internet connectivity to a 50,000 sq km area in Kenya filled with rough terrains and high mountains.

For the success of this project, Loon also partnered with the third-largest internet service provider (ISP) of Kenya, Telkon Kenya. So far, Loon was able to deploy at least 35 of the “floating cell towers” in the stratosphere of eastern Africa. And by using the internet from these floating, mobile stations, users have been able to successfully make video calls and watch YouTube videos. Also, according to the company, since the launch of the project, Loon balloons have brought internet connections for 35,000 users.

Currently, Loon balloons are only used in places where bringing the internet is a difficult task or in places where natural disasters have destroyed permanent cell towers. However, according to the CEO of the company, Alastair Westgarth, “Loon is well-positioned to play this role and serve as the operating system for the global connectivity ecosystem of the future.”