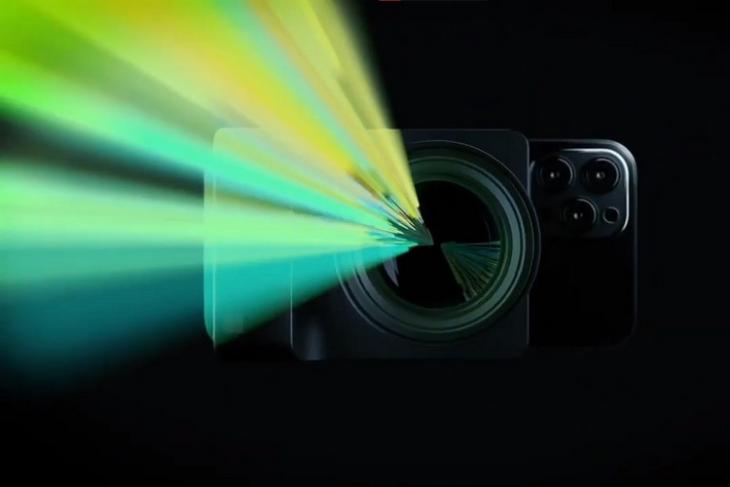 Even though modern smartphones come equipped with an array of camera sensors, competing with professional DSLRs and mirrorless cameras is a tough thing for them. As a result, we have seen companies manufacture various kinds of external attachments to take smartphone cameras to the professional level. However, the Alice Camera is a unique device that could turn your smartphone into an advanced mirrorless camera.

Developed by a UK-based startup dubbed Photogram AI, the Alice Camera is a first-of-its-kind device that attaches to “most smartphones” to turn them into a mirrorless camera. The device, however, can also be used as a standalone camera when it is not attached to a smartphone.

It is essentially a Micro Four Thirds mirrorless camera that uses a smartphone’s display as its viewfinder. The camera packs a 10.7MP Four Thirds sensor which is present in many high-end mirrorless cameras such as the Panasonic Lumix GX5 and the Blackmagic Pocket. As a result, users get the option to switch lenses that are compatible with pro camera models. Moreover, this enables the camera to shoot videos at 4K/ 30FPS and 1080p/ 60FPS.

Apart from the high-end sensor, Alice Camera also packs Google’s Tensor Processing Unit (TPU) that is designed to aid machine learning and computational photography. The company also developed its own deep learning pipeline for the device to deliver computational photography effects as we see in modern smartphones like the Google Pixel devices and Apple’s iPhone models.

So, as you can imagine, the Alice Camera is designed specifically for content creators to help them shoot pro-level footage using their pocket-sized devices.

Moreover, the camera comes with support for 5GHz Wi-Fi that lets it connect with a smartphone via a dedicated app that offers professional controls right at your fingertips. After shooting footage, users can also share them on social media platforms or live stream on their channels directly from the app.

Now, coming to the price of the Alice Camera, it is more on the higher-end rather than being affordable. The company is currently running an Indiegogo campaign for the device and the super early bird price of it is 550 GBP which is over Rs 55,250.

So, if you are into photography or content creation but do not want to carry around a bulky DSLR or a comparatively less bulky mirrorless camera, then I am sure you will love the device. You can check it out on its official Indiegogo campaign page. Once the campaign is over, Photogram AI says that it will start shipping the orders from October 2020.