Making games for touch devices has been somewhat of a journey for the video game industry. It wasn’t always clear what sorts of games or control schemes made sense, and adapting existing genres has produced mixed results. However, one genre had little to no difficulty in adapting to this brave new touchworld – adventure games. Their unique suitability stems from the fact that there’s almost no difference between point’n’click and touch’n’click controls.

Here we present some of the best adventure games for Android (in no particular order). The selection includes classic games given a new shiny coating, modern point’n’clicks that feel natural on the Android platform, and a few noteworthy mobile-first titles. 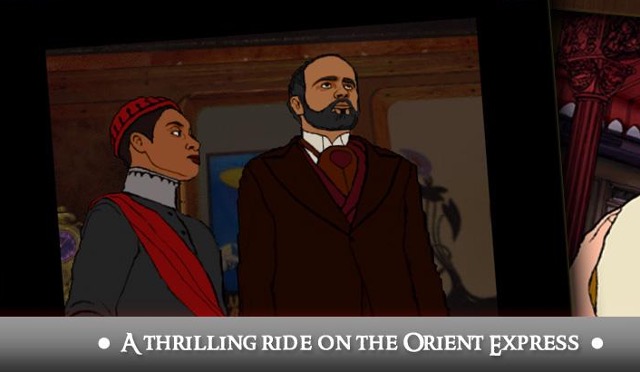 No one could blame you if you didn’t mention The Last Express as one of the classic point’n’click adventures. Upon its original release in 1997, it garnered great reviews, but sold poorly. Brøderbund, the company that published it, gave it virtually no marketing effort due to financial difficulties.

The Last Express has since seen better days – first a digital re-release in 2011 and then an iOS/Android enhanced port in 2013. There’s even talk of a movie, to be directed by Paul Verhoeven. He described it as a mix between Indiana Jones and Hitchcock, and that rings true.

The game is set in 1914, a few days before the start of World War I. It takes place in a train – the Orient Express – which would in reality soon be suspended. An American doctor (your character) is wanted by the French police for the murder of an Irish officer. And the internationality doesn’t stop there – there’s also a German industrialist, a Russian nobleman, a Serbian military officer, an Austrian-Jewish violinist and others, representing a cross-section of the players in the upcoming conflict.

It’s certainly a rich background for a murder mystery, but that’s not the only appealing thing about it. The Last Express is non-linear, with multiple endings and a (compressed) real-time experience. Add to this a charming, art nouveau look (accomplished via rotoscoping) and you get a very welcome addition to that list of classic point’n’clicks. 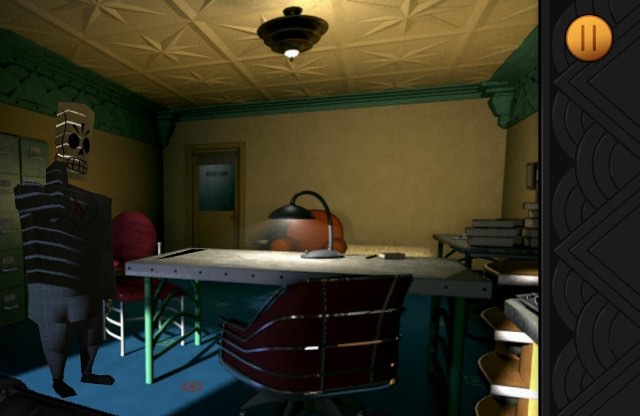 Unlike The Last Express, Grim Fandango was never “forgotten” or considered “minor”. Back in 1998, it was hailed as yet another triumph from LucasArts, a company that produced almost nothing but triumphs when it came to adventure games. Grim Fandango did away with the point’n’click approach – it was 3D, and the player controlled the character’s movement with the keyboard (or gamepad…too bad they didn’t release it on consoles at the time). So it was a major success, right? Alas, no, it shared the same financial fate as The Last Express.

Despite that, it’s still a much-loved game, and 2015 saw a remastered Grim Fandango hit the land of the living. I mention this because the game itself is set in the Land of the Dead, a mix between Aztec afterlife and film noir. It’s another visually striking game. The calaca-inspired character designs and environments in the style of Art Deco earned it a lot of praise.

You play as Manny Calavera, a travel agent at the Department of Death. Your job is to guide souls to their final destination, the Ninth Underworld. You’re frustrated by your customers, but then a dame appears. She needs protection from dastardly plots by your agency and the criminal underworld. If you’re getting a film noir vibe from this, you’re right – its influence is felt most strongly in the plot and dialogue.

The Android port didn’t drastically change anything, although the textures and character models are of a higher quality, and they added a director’s commentary, which is likely to please most fans – both present and future. 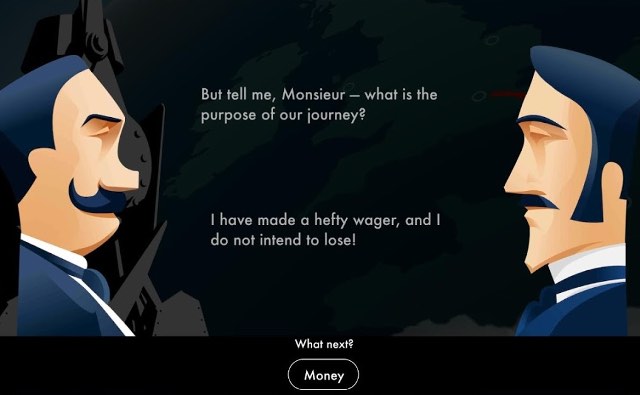 You might have heard of 80 Days even if you’re not into gaming. Notice I didn’t say “mobile gaming” or something as specific as “adventure games”, but gaming in general. It was TIME’s Game of the Year 2014, after all. New York Times also praised it as a sign that the future of interactive storytelling has arrived. So, what is this game? A retelling of the Jules Verne classic with a “steampunk twist”. Alternatively, it’s interactive fiction done right.

Phileas Fogg, your employer, has wagered he can traverse the globe in 80 days. As his faithful servant, Passepartout, your task is to help him navigate through all the danger and adventure, all in a timely manner. The story unfolds through a series of choices with different consequences, providing some replay value. In other words, you’ll have more than one opportunity to enjoy the stylish graphics and many locations and characters.

The Wolf Among Us 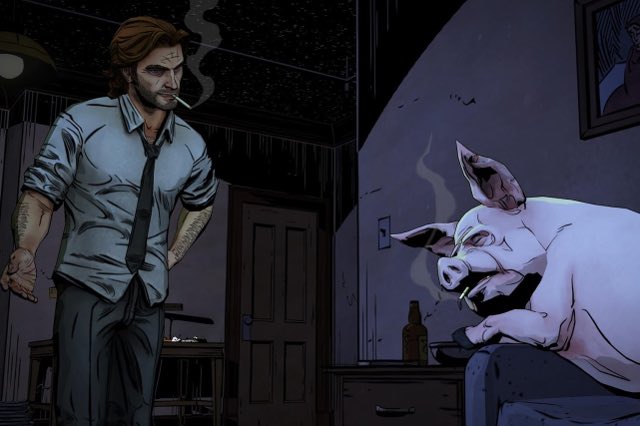 TellTale Games have carved out their little niche in adventure games, and there’s no sign of stopping. If you’ve played any of their games, you know what to expect, as far as the gameplay goes. As for the story, The Wolf Among Us is set in the Fables universe, a rich and interesting setting.

The premise is that various mythical creatures (fables) have escaped to our world, and live in Fabletown. The player assumes the role of Bigby Wolf (the Big Bad Wolf), who is charged with protecting and hiding this community from unwanted attention, as well as enforcing its laws in his capacity as sheriff.

There are five episodes in the first season, and the first one is available for free. If you own an old or underpowered phone, this game might not work, or you might experience frequent crashes, so we highly recommend you try it before buying it. 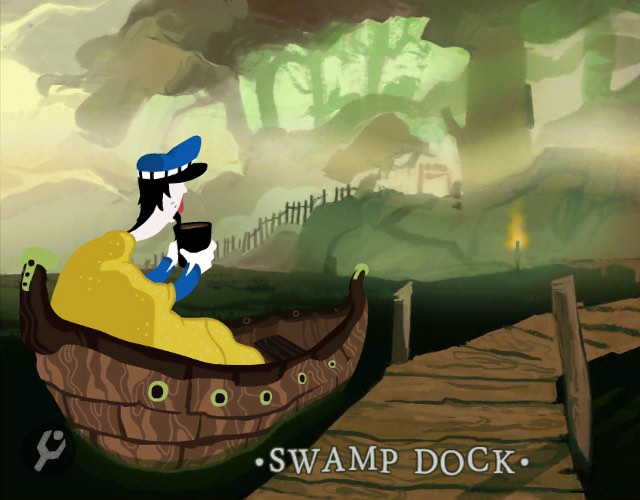 Among the games on this list, Detective Grimoire might be the most casual title. It’s short, lacks difficult puzzles, and there are no timed choices. However, that’s not to say it’s a bad game. It’s highly polished, the interface makes perfect sense for mobile phones, and it possesses a quirky charm.

You play as the titular detective whose goal is to solve a murder mystery in a “tourist attraction” located in a remote swampland. You’re not too pleased with that. What’s worse, your primary suspect is a cryptid.

The gameplay consists of collecting clues on each screen, and making the occasional connection between characters, actions and objects. Just like the real thing! 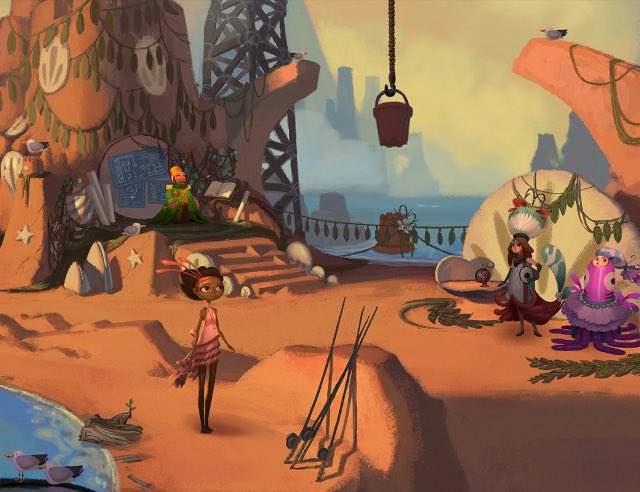 The ghost of Tim Schafer revisits us. Though Tim Schafer isn’t dead, and Broken Age isn’t old. In his return to the genre, he wished to avoid a “museum” style of gameplay, so it’s a modern adventure game. As expected from a game with a big budget, the production is flawless. Broken Age is gorgeous, hand-animated, and fully voiced by some famous names, such as Elijah Wood and Jack Black.

The game was split into two acts, and that the wait between them was far longer than anyone would have liked. Luckily, now you can get both acts in a single purchase, so it’s a great chance to try it out.

You control two separate characters, Vella and Shay, and can freely switch between them. Their stories are seemingly disparate – Vella is to be sacrificed for the benefit of her village, and Shay is the only passenger on a spacecraft. However, they slowly become intertwined as you help them solve their troubles in this coming-of-age story. 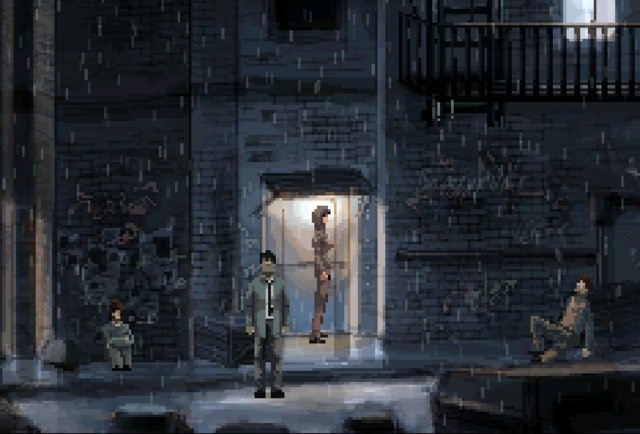 In contrast to the lavishness of Broken Age stands Gemini Rue. Much like TellTale has its niche, so does Wadjet Eye Games, and theirs is unabashedly retro point’n’click adventures. They are still modern, but humbler in their presentation than some other games on this list.

Gemini Rue features pixel graphics that are charming if not amazing, exciting action sequences, competent voice acting (just not by well-known actors), and the story is arguably far more interesting than other mobile adventures, at least if you enjoy cyberpunk. And if you’ve read the article Top 10 RPGs for 2015, you know that we do.

You initially control Azriel Odin, an ex-assassin turned law enforcer looking for his brother. As with Broken Age, there’s another character you control later, Delta-Six, and their paths will eventually cross. 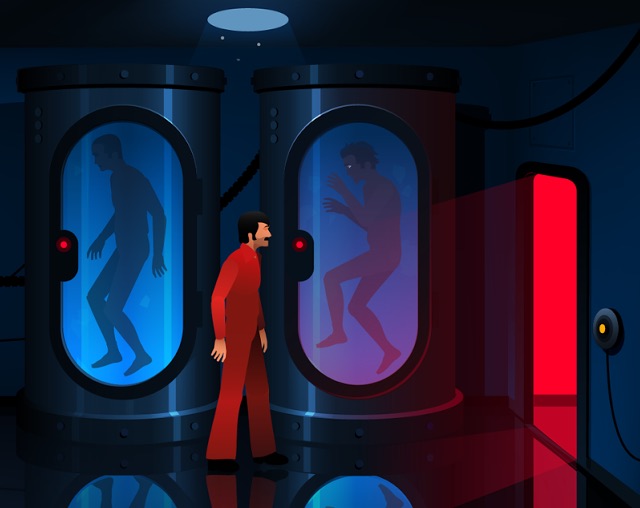 Continuing with the science fiction theme, we have The Silent Age, a game set in the seventies. That’s 1970s, not some future century’s seventies. Developed by Danish indie studio House on Fire, it’s a point’n’click adventure game featuring stylized visuals and the best mustache on this list.

How is a game set in the past science fiction? Time travel, of course! You play as Joe, the very embodiment of Joe Average. While performing your janitorial duties, you come upon a half-dead old man who claims he’s from the future and tasks you with finding his younger self. Soon you discover the Earth’s future is quite bleak. Joe’s adventure stretches over two funky episodes, the first of which is free. 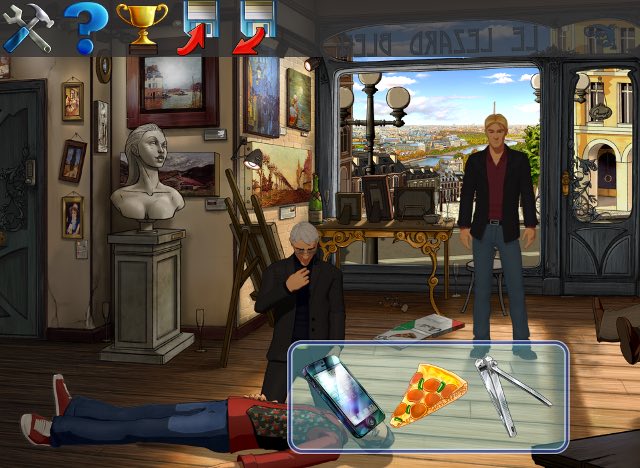 Broken Sword 5 marks a return to the best part of the first two Broken Sword games – the hand-drawn graphics.. Almost. It does feature pretty backgrounds, but the characters are obviously 3D models, and it shows.

It is a very welcome sequel, though, after the disappointing third and fourth installments. It’s once again a point’n’click adventure, featuring the ever-better-looking George Stobbart as he bumbles through yet another mystery. Said mystery pays homage to the first two games, as does the game in general – it’s peppered with locations, characters and references that will make older fans smile. There’s a murder, it’s connected to a piece of art, then you meet Nico…that should sound awfully familiar.

Unlike the prequels, Broken Sword 5 doesn’t have too difficult or illogical puzzles. As for the dialogue delivery, judge for yourself. Both episodes are available for Android, as are the previous titles in the series. 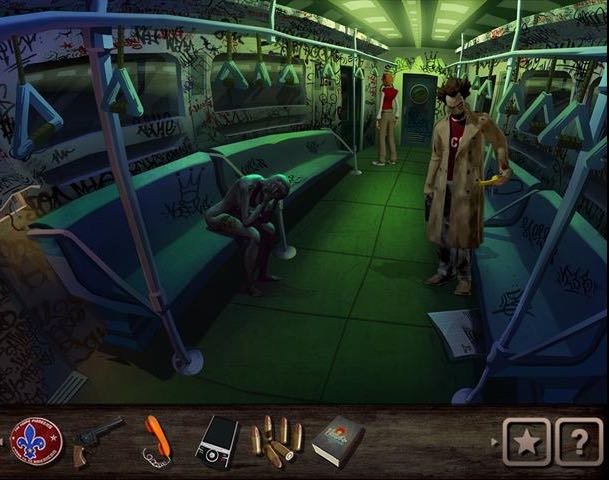 The plot involves a couple of characters solving said mystery – a string of murders of homeless people in New York. They hire another character (which puts the count of playable characters at three, a lot for a relatively short game), the rather bombastically named John Yesterday, who has had his memory wiped.

As you can probably tell from this, Yesterday is a bit of mashup of various games, comics and movies, but comes out unhindered by its lack of originality in the story department. Instead the effect is one of instant familiarity, which translates into a desire to explore more of the world and get to the bottom of the mystery, with all its twists and turns. The fact there’s a free version certainly doesn’t hurt, either.

What are your favorite adventure games? Have you played any other Android adventures? Leave your recommendations in the comments below, and thanks for reading!

CD Projekt Made a Mad Max-Themed Car for Cyberpunk 2077