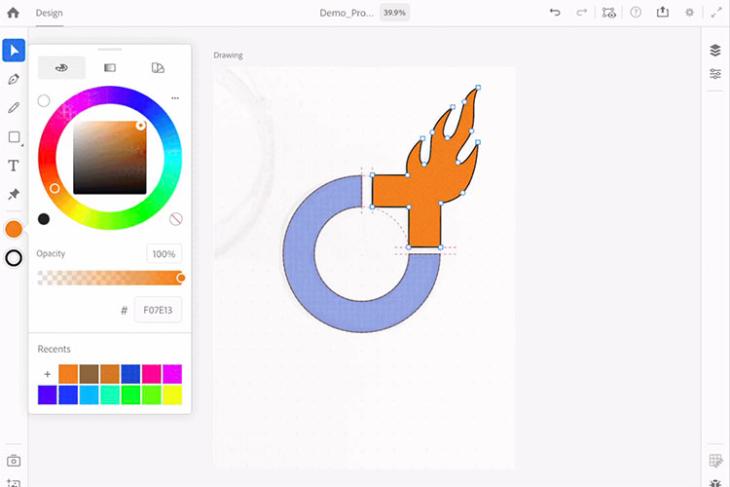 Adobe finally released its flagship photo-editing and manipulation software, Photoshop for the iPad yesterday, nearly a year after the company first announced that it was working on a full-fledged Photoshop port for the Apple tablet. Now, the company has announced that it’s also working on its vector editing and design tool Illustrator for the iPad.

The company announced that the software has been redesigned for the tablet, and will feature core functionality from its desktop counterpart, including tools like paths and typography. The software, when it releases on iPadOS, will be able to access .AI files from the cloud, and will even let them be downloaded to the iPad, allowing users to make edits on the fly, including in situations where they might not have access to data.

According to Adobe’s Senior Product Manager, Wayne Hoang, “We’ve been thinking about bringing vector capabilities to the iPad for a long time. [Some of the features have] just been waiting for the hardware to catch up so we can actually implement them.”

Illustrator on the iPad will be a full-fidelity software, according to Adobe, but users shouldn’t expect an exact mirror of the desktop application. To explain why, Hoang mentioned that “When you think about the desktop, you have all these panels, there’s like 23 different panels”, however, on a tablet screen like an iPad, “everything is simplified”.