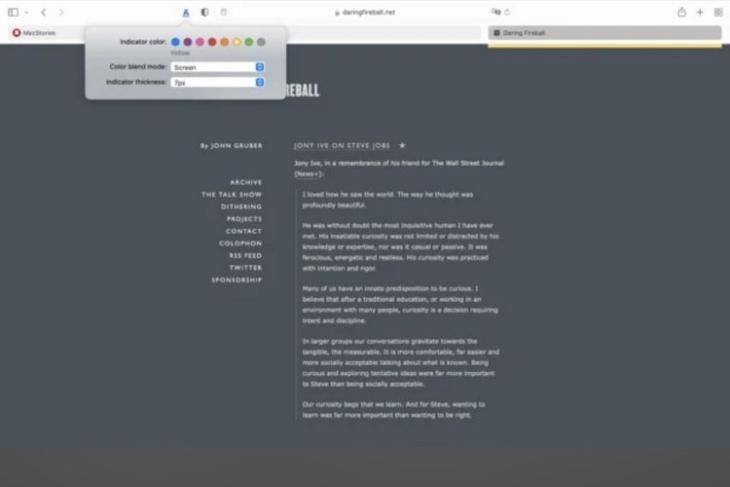 Last month, Apple started rolling out the new Safari 15 update for Mac users running macOS Big Sur and macOS Catalina. The new Safari version, which is also available on macOS Monterey, brings various new features like tab grouping, automatic HTTPS upgrade, and start page sync. However, one feature that received the most criticism is the new tab design that makes it hard to differentiate between active and inactive tabs. So now, a developer has released a dedicated extension for Mac users to recognize active tabs while browsing the web using Safari on their Mac.

Dubbed as ActiveTab, the new Safari extension makes it easier for users to differentiate between active and inactive tabs in Safari. The tool essentially puts a line (of any desired color) underneath an active tab to enable users to easily spot the tab that they are currently using.

For instance, in old Safari versions, the light color indicated an active tab, while a darker shade represented the inactive tabs. In Safari 15, however, Apple has inverted the tab-representation system. So now, the dark color tabs indicate the active ones, while the light accent ones represent the inactive tabs. Moreover, as the redesigned tabs now reflect the color scheme of a website, it becomes harder to differentiate between active and inactive tabs when the tabs appear in bright colors.

So, with the ActiveTab extension, users can add an underline to active tabs to easily spot them in the browser. They can also change the color and thickness of the underline from the extension settings to make it bolder and easy to spot.

The ActiveTab Safari extension is currently available on the Mac App Store. However, it is worth mentioning that it is a paid tool and requires a one-time payment of $1.99 (~Rs 149).