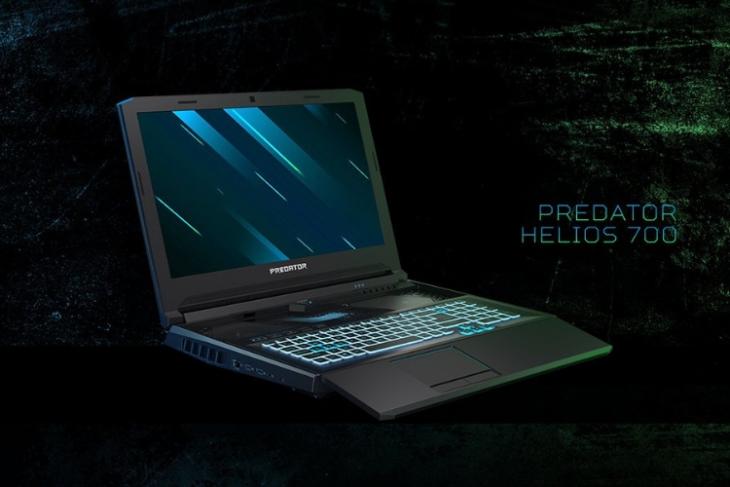 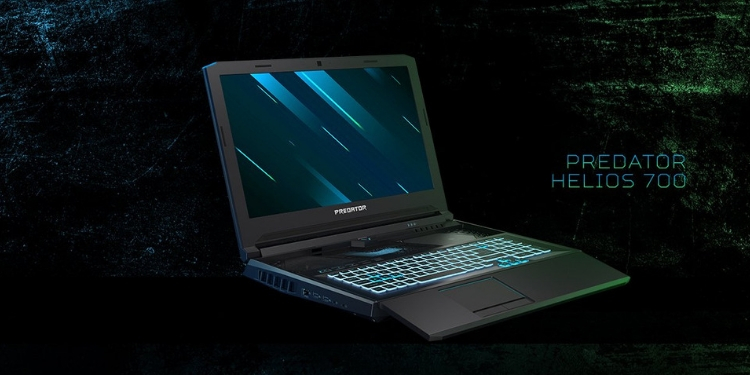 Starting off with Predator Helios 700, Acer is looking to extend the best-in-class gaming performance with the addition of a new slidable Hyperdrift keyboard design. The keyboard on this laptop slides out with an easy pull, with the touchpad folding from the front lip to offer wrist support.

This mechanism has been put in place to offer an enhanced cooling mechanism (thanks obviously to the 4th-gen AeroBlade fans onboard) and an ergonomic design that would make gameplay more comfortable for users. Predator Helios 700 is powered by up to Intel’s 9th-gen Core i9 processor, coupled with an Nvidia GeForce RTX 2080 graphics card (not MaxQ design) onboard. It also features a massive 17-inch display with a 144Hz refresh rate and 3ms response rate.

As for the Helios 500, well, Acer has upgraded the display to now boast a higher 144Hz refresh rate, up to 9th-gen Intel Core i7 processor, and an overclockable Nvidia GeForce RTX 2070 (MaxQ) graphics card. The design has been untouched to make it reminiscent toward older variants, but an upgraded 4-zone RGB keyboard with concave keycaps has been added. 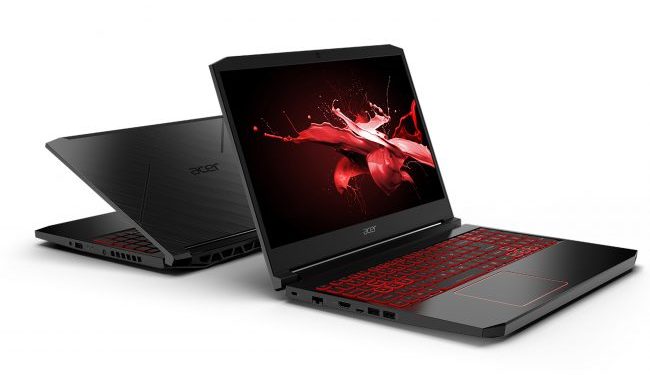 Moving on from the hardcore gaming machine to the more lighter and portable ones, the Acer Nitro 7 also made its debut at the event. It boasts an aluminum chassis, measuring just 19.9 mm, and sporting a 144Hz/3ms display with considerable bezels. It’s an uber-portable gaming machine that’s powered by Intel’s latest 9th-gen processor and Nvidia’s GeForce GTX graphics chips.

Acer Nitro 7 also has ample storage, with two slots available for M.2 Gen 3×4 PCIe SSDs using NVMe technology in RAID 0, and up to 32GB of DDR4 RAM with up to 2TB of HDD storage. It includes a dual-fan cooling system, a NitroSense hotkey to open an overview about your laptop’s performance, Waves MaxxAudio support, and a lot more.

On the other hand, Acer Nitro 7 has been refreshed with narrower bezels to accommodate a larger 15.6-inch screen with 80% screen-to-body ratio. It also boasts of latest internals, 9th-gen Intel Core processors, Nvidia GeForce GTX graphics memory, and the company’s CoolBoost technology for better thermal management.

The new Acer Nitro 5 and Nitro 7 gaming laptops will go on sale in North America within this month, starting at just $799 (around Rs 55,000) for the former and $999 (around Rs 69,000) for the latter. There’s currently no word on the pricing of Acer’s new Helio series, or an India launch, but stay tuned for more information.