Probably the best holiday season for shopaholics is here. The Black Friday is almost upon us, and many companies have already announced massive discounts for their products. In the console gaming world, both Sony and Microsoft are offering great discounts and bundles for their products, that is, the PS4 and Xbox One. If you’re someone who’s been wanting to own a gaming console for a while now, there couldn’t be a better time. Read on, to find out the best Black Friday deals available for the PS4 and the Xbox One: 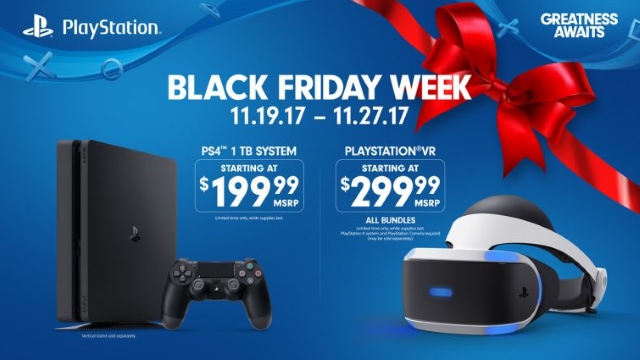 Sony is offering some hefty discounts for their PlayStation 4 consoles, cutting down the price tags by $100 on the slim variant, as well as their VR offering. The PS4 Slim 1TB variant will be available for a low price of $199. Standing true to its name, the Slim version is comparatively slimmer than the original PS4 and looks stunning as well. Also, Sony has lately been pushing the Virtual Reality game a lot. As such, Sony is offering the PSVR Gran Turismo Sports bundle for $299 only. Furthermore, another deal that has propped up is the seemingly unique deal from GameStop, that are offering the PS4 Pro with a $50 price cut. Make sure to check the links down below:

Buy From BestBuy: $199 (Available from 19th November to 27th November)

Buy from BestBuy: $299 (Available from 19th November to 27th November)

Buy from GameStop: $349 (Available from 23rd November to 26th November) 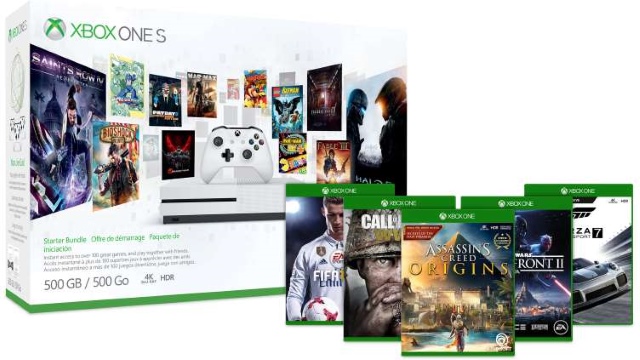 After having recently announced the Xbox One X, Microsoft has cut the prices down for the Xbox One S console. While it was previously available for $250 alongside the Battlefield 1 bundle, Microsoft is offering an even better bundle this time for the same price. For $250, you now get the Xbox One S 500GB variant along with a Starter Bundle and 2 games of your choice. The Starter Bundle includes 3-month memberships to both the Xbox Game Pass as well as the Xbox Live Gold. If you don’t wanna spend all that, there’s another deal available as well. You can get the Xbox One S coupled with a single game and 1-month membership of the Xbox Game Pass, for just $189. Alternatively, if you don’t like to wait, there are a few bundles already available on other sellers. Amazon is offering the Xbox One S Battlefield 1 Bundle for just $233.99, while BestBuy is offering the Xbox One S Forza Horizon 3 Bundle for $249 only. Also, while there are no specific deals announced for the Xbox One X yet, you can still get the latest console from these sellers. Make sure to check out the deals’ respective links below:

The Best Black Friday Deals on PS4 and Xbox One

While both Sony and Microsoft aren’t offering any major discounts on their flagship consoles, i.e, the PS4 Pro and the Xbox One X, it is nice to see great offers on their predecessors. Both the PS4 Slim and Xbox One S are great consoles, with a huge library of games. And especially with the above bundles, both are available at mouth-watering deals. So, this Black Friday, which of these consoles will you be going with? Let us know in the comments down below.

12 Best Smart TV Black Friday Deals You Should Check Out