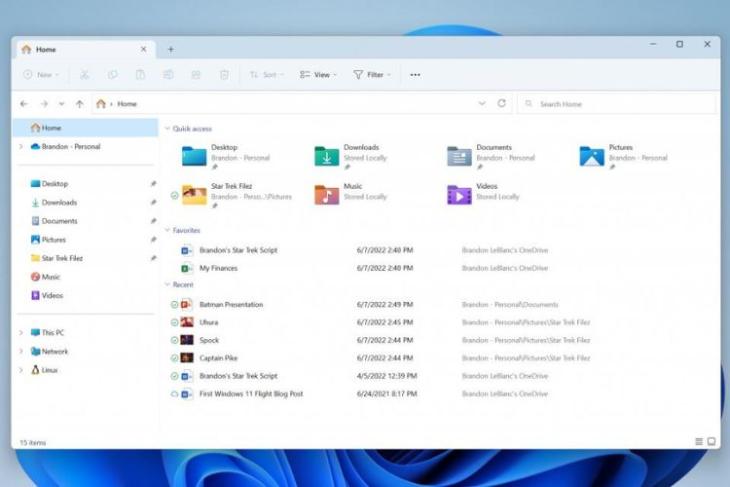 Microsoft has introduced the latest Windows 11 Build 25136 for the Dev channel and it’s not just about bug fixes. The update brings in features like tabs in File Explorer, new widget updates, and more. To recall, Tab-based File Explorer was announced in April this year and is now making its way to the Dev channel.

Primarily, this update includes tabs in File Explorer for people to easily search for files. This will help people open various folders in tabs instead of separate windows. File Explorer has also got a new look for the left navigation pane, which will make it easier to look for important folders.

With this, users will be easily able to access pinned and frequently used folders and the OneDrive cloud profiles will now show a user’s name. Known folders will no longer reside in the ‘This PC’ section and the address bar will show the correct path when a folder linked to a OneDrive account is searched for better clarity.

There’s an update for widgets too and Microsoft will now show more ‘dynamic‘ content like live updates from the sports and finance widgets. Currently, the widgets placed in the bottom left corner only show weather information. With this, users will be able to stay up-to-date on these widgets. The content is said to be quick and glanceable and more information will be provided when a widget is tapped. You can have a look at it below.

Another change involves the ability for Insiders to report an animated GIF if it is deemed inappropriate or derogatory. Apart from this, it’s about the bug fixes. The issue that mistakenly identified various PCs as tablets, the one that caused the taskbar apps to overflow of system tray icons, and more have been fixed. Have a look at the entire list of bug fixes over here.

It is worth noting that Microsoft has just started rolling out the new features to the Dev channel and hence, might not reach all the Insiders. Plus, the general users will still have to wait to get these features. If you are an Insider in the Dev channel, you can download the update via Settings. Do share your thoughts on the new Windows 11 features if are able to use them in the comments below.