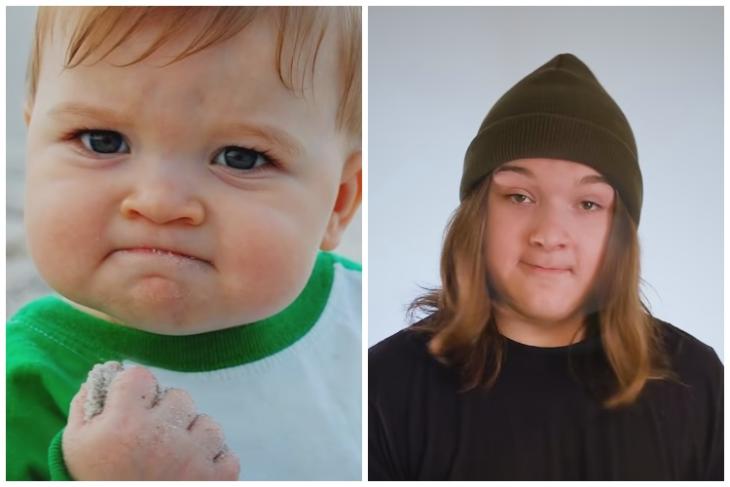 Memes have become a way of communication, pointing out social and political issues and raising awareness in today’s world. Now, amongst all the meme pictures, there are some classic ones from the early days of the internet that never got old. One of these classic meme pictures is of the “success kid” baby with the closed fist and an “oh yeah!” expression. So, this is the story of that kid and how the melebrity (meme celebrity!) life treated him and his family over the past decade.

BuzzFeedVideo recently shared an interview with Sam, the baby in the meme, and his family on their YouTube channel.

How It All Started

So, it all started when Sam went to the beach with his parents and his mom clicked a picture of him while he was apparently eating sand with that golden expression (picture below). 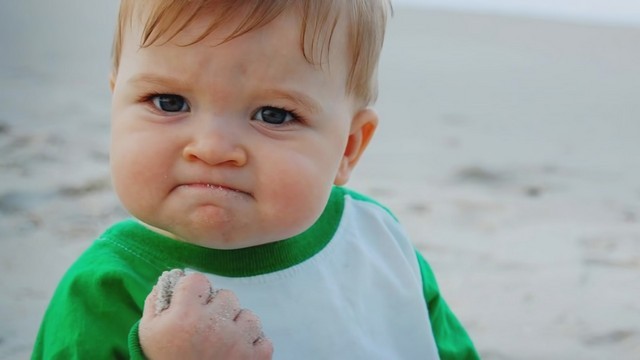 After his mom clicked the picture way back in 2007 when Sam was just 11 months old. She came home and shared it on her Flickr account as she thought it was pretty cute (and indeed it is). According to her, the picture immediately started getting attention and garnered over 300 likes on the first day (which was a lot at the time). However, after this, Sam’s mom kinda forgot about the picture and continued to live a normal life until the next year.

The First Flight…And The Success

So, in 2008, the picture of Sam started to spread around the internet as various versions of a meme. Now, as memes often convey a negative thought or mock some group of people or someone, Sam’s dad did not want to associate any negative statement with his baby boy’s picture.

However, obviously, there were some memes of Sam with negative statements after it got popular. Nonetheless, his parents’ hearts were filled with joy in 2010 when they saw the final meme that put baby Sam in front of a blue background with the phrase “Success Kid” written on the picture. 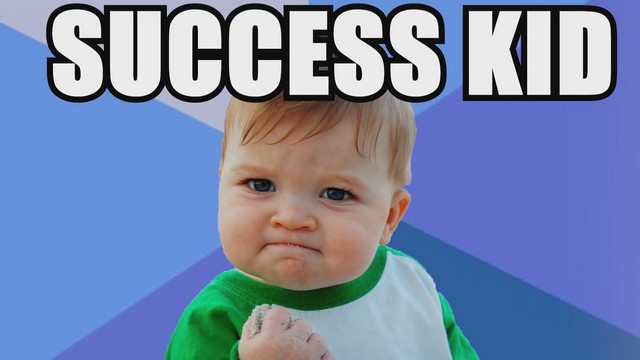 This picture meant so much to the parents because according to his mom, this meme of Sam perfectly depicted the baby boy’s life as Sam had to go through brain surgery right after he was born prematurely. So, the phrase in the meme was apt for Sam as he really was a “Success Kid”.

Now, following the popularity of the meme, Sam’s dad was diagnosed with chronic kidney disease and was in need of a kidney replacement. However, just like any other middle-class family, they did not have sufficient money for the treatment.

So, the family started a fundraiser and as soon people came to know that it was the father of the “Success Kid” baby, donations started to flow in. And within a month, the fundraiser surpassed its goal and Sam’s father was able to get a new kidney.

So, Sam is now a teenager and often finds his fans in many public places. Although he has grown to an older self, there is still a hint of that face of “Success Kid” and we still love it.

You can check out the full interview right here.