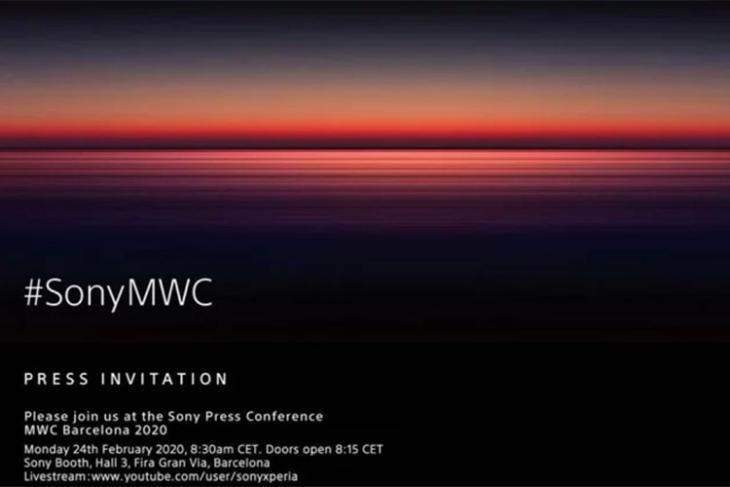 MWC 2020 is a little over a month away, but companies have started sending out invites and confirming their presence at the biggest smartphone event of the year. Following confirmations from Vivo, Honor, and others, Sony has now sent out press invitations for its conference at the event as well.

Sony’s invite looks simple, and doesn’t really give away anything that the company is planning on announcing in Barcelona. However, we are expecting the company to come out with its flagship for this year, which will likely be called the Xperia 5 Plus. Rumors and reports around the phone suggest that it will pack in the Snapdragon 865 (which is pretty much expected from any Android flagship this year), and a 6.6-inch display with that 21:9 aspect ratio that sets Sony phones apart from most other smartphones.

There are also reports suggesting that a mid-range Xperia smartphone might also make an appearance at the event, but apart from a possible Snapdragon 765 processor, there’s not much to discuss about the phone at this point.

Speaking of Sony, the company recently confirmed that it will be skipping E3 2020 — the event at which we were hoping to get more information around the PS5, unlike that CES 2020 keynote where the company simply showed off the PlayStation 5 logo.

We’ll be on the ground at MWC 2020 in Barcelona in February, so stay tuned for the latest updates around the event, including all the phones Sony might announce at its conference.