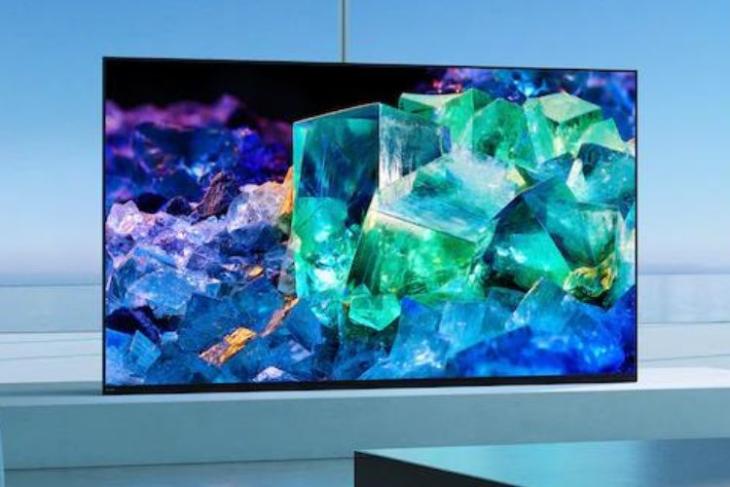 Sony has introduced a new A95K OLED smart TV as part of its BRAVIA XR Master Series in India. The new TV comes with various Sony-proprietary features like the next-gen Cognitive Processor XR, XR 4K Upscaling, and more. Have a look.

The Sony A95K OLED TV, with a bezel-less metal design, gets a 65-inch screen size. The display supports XR OLED Contrast Pro for natural contrasts, colors, and deeper blacks. It also gets XR Triluminos Max for more colors, 4K upscaling, and XR OLED Motion clarity for clearer visuals in moving sequences. This is done by adding new frames to the existing ones. Additional display features include Dolby Vision and variable refresh rate (VRR). Plus, it is not prone to glare and reflection.

The A95K OLED TV is powered by the new Cognitive Processor XR that can create an immersive experience as if whatever you are watching is real. There’s also support for various gaming-focused features like HDMI 2.1 compatibility, 4K at 120fps, Auto Low Latency Mode (ALLM), and the Auto Game Mode.

Sony’s new BRAVIA XR Master OLED TV is Pure Stream and IMAX Enhanced and gets Dolby Atmos too for immersive audio quality too. For further audio enhancements, the TV has Acoustic Surface Audio+ for the screen to produce the sound, XR Surround, 3D Surround Upscaling, and Ambient optimization, along with a Light sensor and Acoustic auto calibration technology. It has Netflix Adaptive Calibrated Mode too, which works with the ambient light optimization feature for brightness settings as per the surroundings.

It also gets support for the BRAVIA Core Calibrated mode and the BRAVIA Core app. Additionally, the Sony A95K OLED TV supports Google TV, Apple AirPlay, and Apple HomeKit too. Not to forget, it also gets the BRAVIA CAM (sold separately) for audio/visual settings based on your presence in the room.

The Sony BRAVIA XR Master Series A95K OLED TV comes with a price tag of Rs 3,69,990 and is now available to buy via Sony Centers, major electronic stores, and e-commerce portals in India.