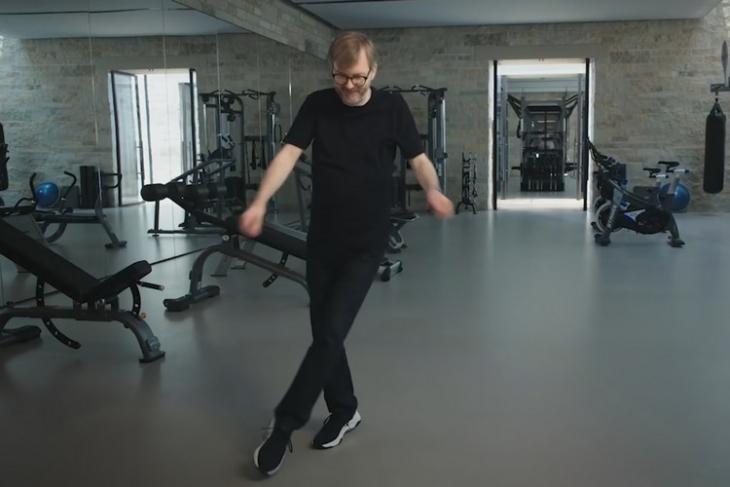 The internet is filled with meme pictures and videos of all genres. From politics to tech, people make fun of anything and everything on the internet. However, when it comes to tech memes, people cannot stop themselves from making fun of Apple. So, surfing through Reddit, I found this hilarious video made from snippets of this year’s WWDC.

Now, the video is originally made by a songwriter/YouTuber, Jonathan Mann, who shared the video on his YouTube channel right after the live stream of WWDC 2020. It features Apple’s SVP, Craig Federighi singing a hilarious song and VP of Technology, Kevin Lynch dancing like a noob dancer.

The song is called “I Just Go Into Jiggle Mode” and the name itself is so funny that I start giggling every time it comes to my mind. The chorus of the song is sung by Federighi himself, but not actually. The creator took some snippets of dialogue of the SVP from the keynote and edited them to create a humorous chorus for the song.

Other than the hilarious chorus of the song, the one-and-a-half-minute video also has a verse sung by Mann. For the lyrics, the creator apparently used some of the post WWDC tweets of different users like Apple expert, John Siracusa, and comedian, James Veitch, and put them in a tune.

In conclusion, I think that the video is insanely funny. Especially the chorus part and Kevin’s stupid dancing when Craig says “I just go into Jiggle Mode”. You can enjoy the video right below.

Also, let us know how much you laughed after watching this video down in the comments.