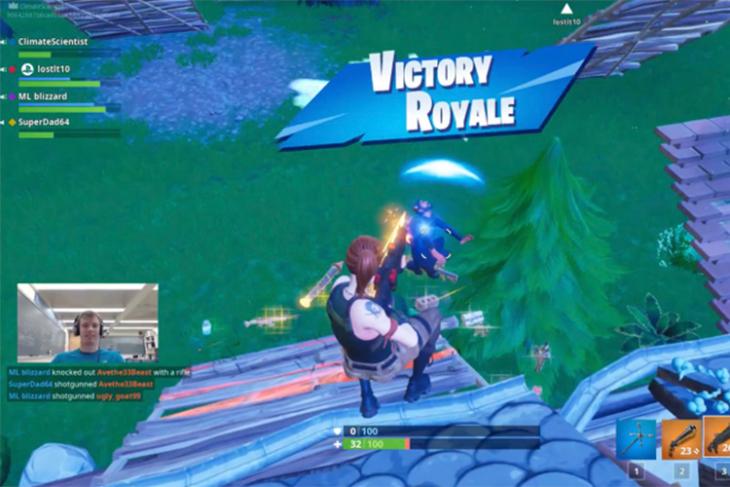 Fortnite is one of the most popular games out there and it’s popularity basically dwarfs everything else on the internet most days; and while most of us play Fortnite just for fun, or in cases of pro-streamers like Ninja, as a full-time job, there’s a group of scientists who have now started playing and streaming Fortnite as a way to raise awareness about climate change.

The Fortnite squad was formed by MIT graduate student Henri Drake when he saw climate scientist Katherine Hayhoe’s tweet mentioning how her kid’s Fortnite video on YouTube got 10,000 views while her video on climate change got around a thousand. Drake thought that scientists could probably tap into Fortnite’s popularity to get more people thinking about climate change. He floated the idea on Twitter and got around 20 climate scientists and science communicators interested in the idea.

Drake, and the squad of climate scientists now play Fortnite twice a week. They stream their games on Twitch, and talk about climate change throughout their stream. Talking about why they started doing it, Andrew Dessler, a researcher at Texas A&M and a member of the squad of scientists playing Fortnite told Earther, “A lot of stuff you do in climate communication is not fun. It’s not fun to write op-eds. But this is fun, and you can do it even if it has marginal impact.”