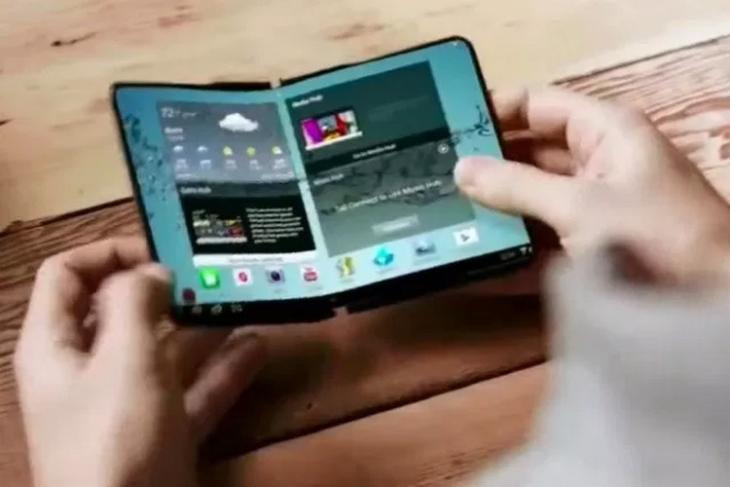 It has long been known that Samsung is working on a foldable smartphone, it has even shown it off privately at CES earlier this year, but it was barely last month that we got a confirmation of its first official reveal at the company’s Developer Conference in the first week of November.

Though details of Samsung’s foldable smartphone are pretty murky, a fresh report from Bloomberg now gives us further insight into what we can expect to see at the developer conference next week. And no, don’t get your hopes up high because it wouldn’t be the final ready device but instead, a conceptual representation of the prototype.

The report reveals that the foldable smartphone has been codenamed “Winner,” a bold moniker for what could be the first mass-market device of its kind.

Samsung is said to have been working on the foldable phone for many years, but it now finally has a prototype ready and is currently testing it out internally. Weighing at about 200 grams, it’s said to have a screen bigger than any other phone on the market, along with a 4-inch screen on the outside to offer basic features like messaging or calling.

According to Bloomberg, Samsung has been closely working with Google to develop a special version of Android for its foldable device. We don’t know anything about the new interface yet, but could it have anything to do with Fuchsia?

The foldable display is a long-rumored vision that Samsung may have finally figured out, but Bloomberg says the screen has a photography film-like coating, which makes it less glossy than most smartphone displays. As for biometric authentication, the report says, the foldable phone won’t include an in-display fingerprint sensor due to technical issues with fitting such a sensor in a folding display.

The foldable smartphone, fondly referred to as Galaxy X, will be unveiled alongside the Galaxy S10, but it won’t become available to purchase until the second quarter of 2019, falling in line with earlier rumors. So, what are your expectations of Samsung’s foldable phone? Let us know your thoughts in the comments below.