PUBG Mobile is a mobile gaming phenomenon that we’re all pretty familiar with and may have even spent a boatload of time trying to get that Chicken Dinner. Well, PUBG Mobile has managed to keep players interested by regularly adding fresh content, be it zombie mode or other war modes. Well, they seem to be popular among players who don’t want to invest a ton of time in full-length battle royale matches but experience intense thrill too.

In line with the same, PUBG Mobile has today pushed out a new update for build 0.13.0 and it brings a new game mode in tow. Yeah, right on the heels of Call of Duty Mobile‘s closed beta termination in India, PUBG Mobile has added a Team Deathmatch mode for users to experience a new kind of gameplay. Well, I’ve tried out the Team Deathmatch mode and here are my initial impressions after playing a handful of games:

Getting the basics out of the way, the Team Deathmatch mode in PUBG Mobile has been added under the EvoGround section that already houses the Zombie: Darkest Night and Survive Till Dawn modes. It’s not a limited period game mode and is open for access to everyone at all times – with both the third-person (TPP) and first-person (FPP) options available to play.

Team Deathmatch mode is a departure from the core ‘last man standing’ concept of the battle royale genre and sees players being teamed up in groups of four. This means you with your team will see yourself fighting with another group of four users to get the maximum number of kills in a limited time period – which is set to 10 minutes.

Team Deathmatches could, however, end sooner as the team who manages to attain 40 kills first will be crowned the victor. And that would usually be the case (my games were usually lasting around 4-6 minutes) if you’re not playing ultra-defensive without taking a risk. 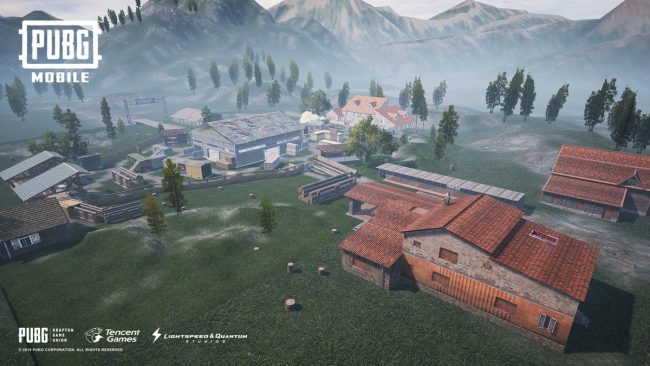 In addition to the game mode being the new thing, there’s a completely new map in tow here. You can check out the new map attached above, which looks like it could be a part of Sanhok but is redesigned and has added elements like ramps, and places to duck and hide behind around. It’s not a huge map but a decent-sized one. It’s not Killhouse or Crash good, to be honest, but I definitely like what PUBG Mobile has come up with.

If you’re not looking to play with random users but instead with your own inner circle of friends, well, you can use Room cards for a private experience without any interruptions. This will also come in really handy for PUBG Mobile streamers, who can invite viewers to join them in a quick Team Deathmatch.

The gameplay isn’t much different from the traditional Team Deathmatch, which you may have played in the Call of Duty franchise over the years. PUBG Mobile has also adopted the same gameplay mode to offer a new and different experience from the usual 100-player battle royale fights. And I quite like the Team Deathmatch gameplay, where I can run around the map and engage with the enemy right off the bat.

As for the armory, well, you spawn in the Team Deathmatch game with a weapon (it can either be a Scar-L, AKM or anything else) and a boatload of ammunition. However, that’s not all the weapon or ammo you can carry. The location where you respawn, which is at either extremes of the map, has an armory where you pick an unlimited number of new weapons, ammo, attachments, and more. You can carry along only 2 though, like usual.

Also, you will find the mighty M249 glowing and sitting at the center of the map. This will give you the necessary firepower to go in all guns blazing into the enemy territory. There are frag grenades found along the way too, so if you fancy using them, well, you can pick them up as well.

There’s not a whole lot to talk about the weapon mechanics as they’re the same and you might already be familiar with all the guns, their attachments, and everything else in the game. Since it’s a familiar adventure packaged in a new style, with the snappy jump and crouch functions accessible readily, I’ve been spending a lot of time away from the battle royale game today.

You respawn with the same weapon in hand that you died with, which is cool, and you’ll find that enemies won’t be able to kill you for the 5 seconds after you’ve respawned, all thanks to the invincibility duration. I like this addition as enemies won’t be able to shoot you down when they’ve infiltrated your respawn location but you can. Awesome, ain’t it?

Well, if you’re as good a PUBG Mobile player as me or more of a Team Deathmatch mode appreciator, then you will be able to score the maximum number of kills and see the new MVP screen that’s been added in this update. I and my regular teammates quite enjoyed playing the Team Deathmatch mode, securing a number of wins, and so can you.

It’s fun and super quick, along with a ton of action from the moment you jump into the match. You don’t need to spend time looking for good loot before fighting enemies and can get straight into the action.

So, have you tried out the Team Deathmatch mode in PUBG Mobile? Did you like it or not, and do you think it’s better than Call of Duty Mobile’s gameplay experience? Let us know your opinion in the comments below.