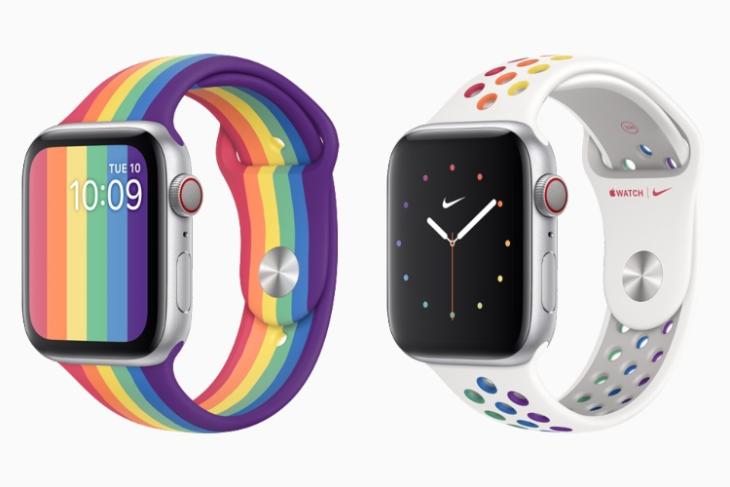 The announcement came from the Cupertino-based tech giant via an official blog post. In the post, the company highlighted a high-school LGBTQ club, Genders and Sexualities Alliance, led by Elle, a student of the school.

As the company states in the blog post, “Through this effort, Apple and Nike are proud to support LGBTQ organisations doing vital advocacy and community-building worldwide, including GLSEN, PFLAG, The Trevor Project, Gender Spectrum, The National Center for Transgender Equality, and ILGA World, which brings together more than 1,500 member organisations in more than 150 countries and regions.”

So, if you want to check out the Pride Edition Apple Watch Bands, you can head to the official store in Apple.com or check them out in the Apple Store app.