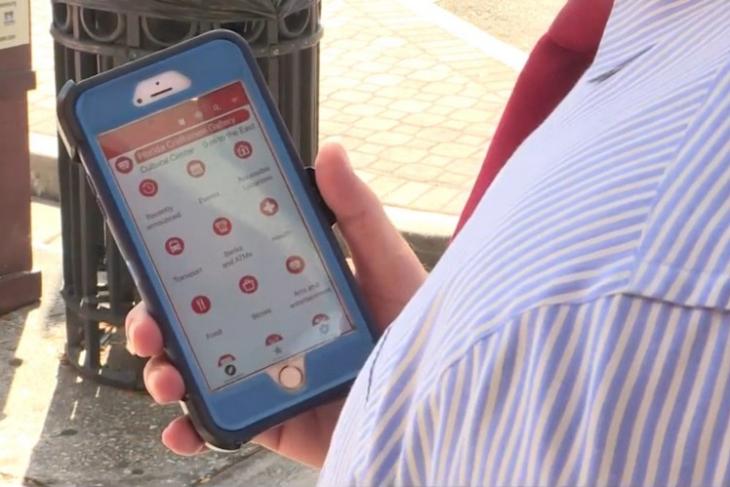 Technology is changing the world one app at a time. There are many firms and startups around the world working to improve people’s lives, especially the lives of the disabled. Recently we saw IBM is developing an AI suitcase that will guide the visually impaired. Now, there is a new GPS app that aims to help the visually impaired navigate using a voice assistant.

This new app, Lazarillo, is created by a Chilean developer, Rene Spinoza. The guy started the development of the app back in Chile. However, after getting chosen for a tech incubator program, the Tampa Bay Wave, Spinoza moved to the Bay area. Currently, the developer is working with the blind community of Pinellas Lighthouse for the Blind to make the app better.

One of the employees of the Lighthouse, Carlos Montas, is one of the first users to try out the app. Montas has been blind since he was a child. According to him, the app is a “game-changer” for the blind community.

“It really is a game-changer. And, you know, I’ve used it to get to and from work. Using the GPS part of it getting directions.” said Carlos.

A Voice of Independence for the Visually Impaired

Now, Lazarillo is basically a voice-guided app that uses mapped data in the app’s server to guide the visually impaired user. When using the app, the integrated voice assistant will tell the user about the surrounding area. It can also tell the user about nearby shops and public areas that are there in the database.

The app can obviously work outdoors. However, the most unique feature of the app is that it can also work in indoor areas. It works by using the navigation features with Wi-Fi and Bluetooth. This is truly a game-changer for the blind population as it will help them to navigate any unknown indoor area – be it an office or a mall. They can use the app’s voice-guided feature to find specific shops, entrances, exits and much more, given that the indoor area is already mapped in the app’s database. 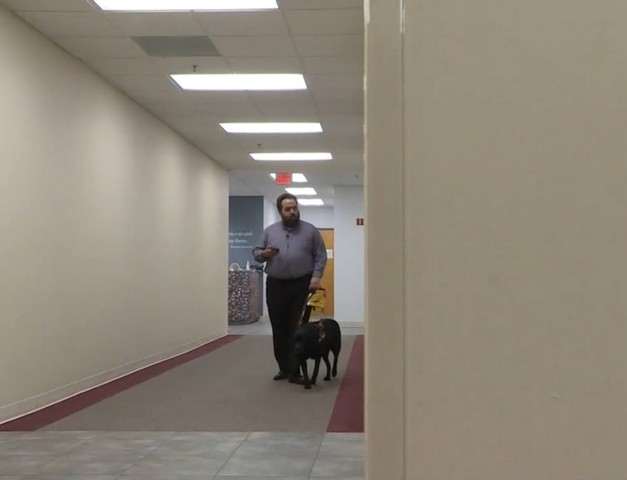 One of the flaws of the app, at least as of now, is that it cannot inform users about potholes, light posts, water pipes or any other barriers that are ahead of them. However, this app is not meant to be the sole guide for the user. According to the developer, the app should be used along with a guide dog or a cane.

The developer is continuously working with the Pinellas Lighthouse community. The app has already gained support for 20 languages and the developer is aiming to add more features by analysing the user preference.

Lazarillo is completely free to download and according to Spinoza, the app earns money by charging establishments and institutes that wish to be added to its database. When completely developed, this app can help the visually impaired population to gain a level of independence that they never experienced before.