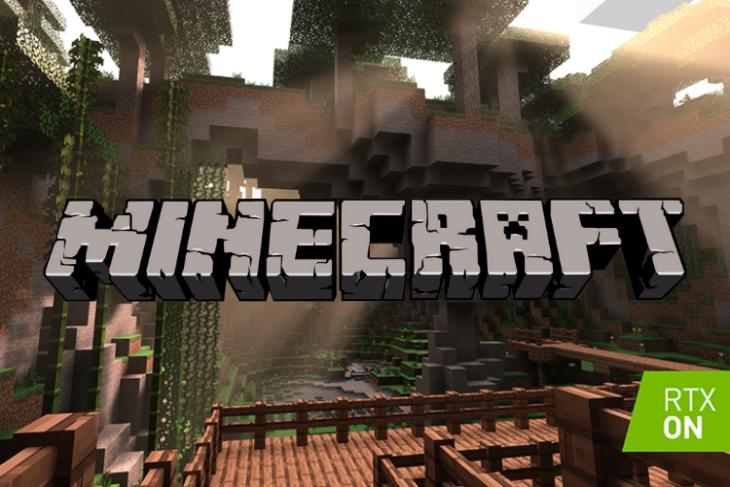 One of the major announcements to come from the Gamescom conference in Germany is that Microsoft and Nvidia have partnered to add a new layer of realism to the popular block-based world-building title Minecraft. The game was revealed to be getting a major visual overhaul, thanks to the addition of ray tracing support into the mix.

This means anyone with an Nvidia RTX graphics card will soon notice some major updates on the graphics front in Minecraft. Nvidia has introduced a new real-time DXR ray tracing technology and remodeled the whole Minecraft world with path tracing. It’s a new form of ray tracing that simulates per-pixel emissive lighting, life-like lighting conditions, reflections, and shadows to make the virtual world more dramatic and realistic.

As you can see in the video attached above, ray tracing places focus on many different lighting sources including the sun, glowing lava, and the different shadows they create. While it’s not particularly necessary, users appear to have been craving for much better graphics as the mod market for the same was heating up. There’s a shaders pack out on the Internet that brings almost all the official features, that too using path tracing, to the game right away.

Talking about how ray tracing will enhance the blocky world, Minecraft’s Saxs Persson in the official statement says that, “In normal Minecraft, a block of gold just appears yellow, but with ray tracing turned on, you really get to see the spectacular highlight, you get to see the reflection, you can even see a mob reflected in it.”

Ray tracing support will be made available to every PC user as a free upgrade, with no added or hidden costs. The whole game will look and feel a whole lot different than it currently does. It will look more realistic than ever before, bouncing off light and offering color profiles unlike we’ve seen before in this building game. Are you excited for the ray-tracing support coming to Minecraft? Tell us in the comments below.

How to Find a Minecraft Stronghold