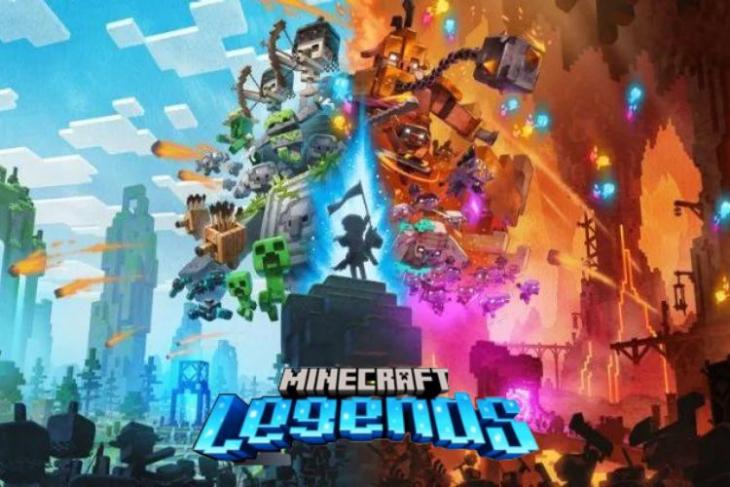 Listening to the player’s demands, Mojang is finally ready to give its players something entirely new. No, we are not getting the Minecraft 2 release anytime soon. But instead, the creators are bringing the world of Minecraft in the form of a new action-strategy style with Minecraft Legends. Let’s see if it’s worth your time.

Minecraft Legends is Coming in 2023

First announced in the Xbox + Bethesda Games Showcase, Minecraft Legends is a standalone Minecraft game that will be released in 2023. It is supposed to tell us the story of Minecraft’s overworld and all that it has witnessed over the years.

In terms of design, the worlds and characters retain the game’s iconic blocky style of regular Minecraft. But we can definitely notice elements, mechanics, and mobs in the trailer that are not a part of Minecraft or Minecraft Dungeons. As for the gameplay, the game also appears to be a semi-open-world experience with several optional missions, invasion mechanics, and boss fights.

The game offers us a third-person perspective, which is common in most similar action games. But if you’re already a Minecraft player, it will feel much easier to settle into this world thanks to the similar environment. Because of the same, you can even expect some regular Minecraft mobs to make it into this new game. Nether dimension’s piglins are one of the first ones to get a confirmed seat.

There is no official release date for Minecraft Legends as of now. But it will be released in 2023. We are expecting a spring release date because winters are usually focused on major Minecraft updates like the upcoming Minecraft 1.20.

Minecraft Legends will be available on the following platforms: Windows, Xbox Series X/S, Xbox One, PlayStation, and Nintendo Switch. Not to forget, the game will be available to all Xbox Game Pass users on the release day itself. This stays true for all platforms that support the service.

With that, Minecraft’s creators seem to be en route to proving their innovation. But are you going to try the upcoming Minecraft Legends? Or are you going to stick with the classic vanilla world? Tell us in the comments!

How Does PvP in Minecraft Legends Work? Explained!