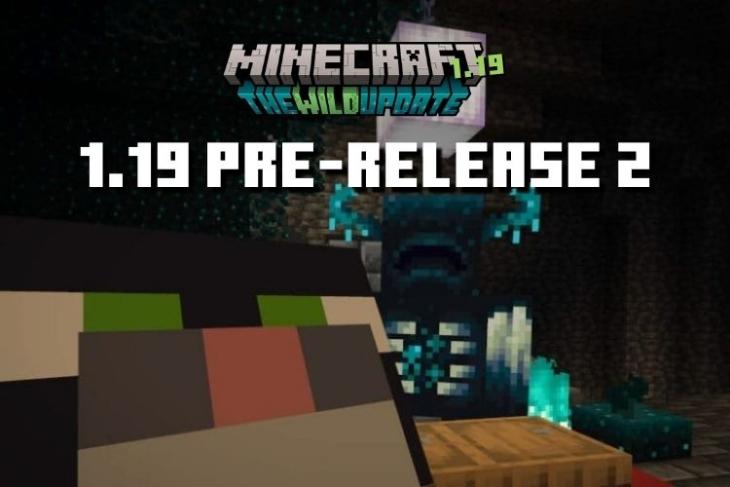 While players are still waiting to get the release date of Minecraft 1.19, the developers are working hard to make the update perfect. And the new Minecraft 1.19 Pre Release 2 is proof of the same. It affects the Nether portals, the hard-to-defeat Warden, and the Sculk sensors. Even though most of the pre-release 2 is focused on bug fixes, they still hold the potential to change your gameplay. So, let’s explore all of these changes in-depth.

The Warden Despawns in Liquid

Before the 2nd pre-release, the Warden only dug back into the ground when it despawned. But as you might expect, it makes up for a weird animation while the Warden is in liquid as there’s nothing to dig into. So, now, if the Warden is trapped in liquid it just disappears when it despawns. There is no digging animation. This doesn’t affect the wait time or the triggers of its despawning. It could prove to be a good way to avoid the mob, but if you wish to fight it, we have compiled a list of best ways to defeat the Warden in Minecraft 1.19.

Mobs Can Now Spawn Inside the Nether Portal

Yes, they will instantly send them to the other dimension causing a weird mix-up between the two dimensions. Though, the developers are planning to fix the issue by reducing the spawn rate inside the portal and preventing this instant transportation. Though, as per the release notes, we should, “expect to see these changes in a coming version”.

Aside from the bigger changes, here are some vital changes that you should be aware of:

You can explore all the other minor bug fixes through the official release notes by clicking here.

The Minecraft’s pre-release automatically appears inside your official game launcher. You have to select it while launching the game. But if you are on the Bedorkc edition, things can be a little tricky. Because there is no dedicated launcher for Bedrock Minecraft on all supported devices, you have to install the Minecraft Preview app. It’s a standalone version of Minecraft which is only meant for testing purposes. You can install it to get the latest betas and previews.

With the pre-releases only focusing on the bug fixes, the Minecraft 1.19 update feels close to release. But what else do you think should have been a part of this update? Tell us in the comments!

How to Make Bundles in Minecraft 1.20

How to Make a Bamboo Mosaic in Minecraft 1.20

How to Craft and Use Hanging Signs in Minecraft 1.20

How to Make a Chiseled Bookshelf in Minecraft 1.20

How to Make a Bamboo Raft in Minecraft 1.20