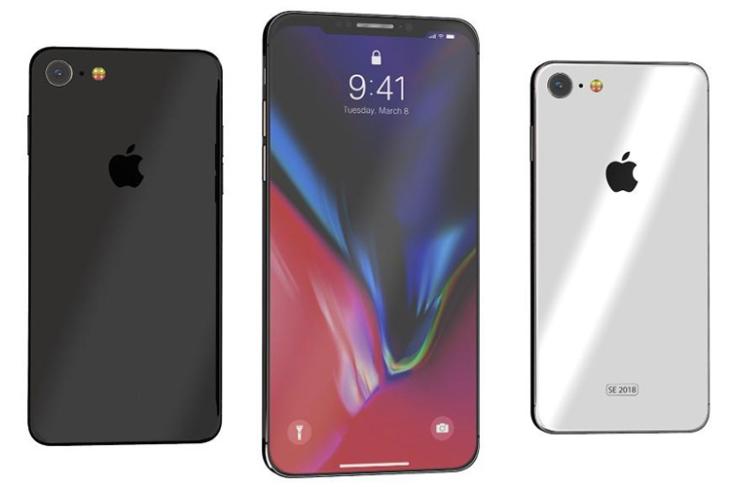 Many who are mesmerized by the iPhone X’s radical look but can’t afford it have pegged their hopes on the upcoming version of the iPhone SE. Although rumored several times over the last year, the phone has received no mention from Apple. But now, a device which effectively resembles the general image of the iPhone SE second generation has cropped online.

Japanese blog Macotakara has shared a video, which was first posted on Weibo, showing a boxy pre-iPhone 6 shell with curved corners paired with an iPhone X-style screen and notch. It runs a software which appears to be iOS.

Notably, there is no home button and the person holding the smartphone use gestures to move around the UI and navigate iOS. The back of the phone has the same camera arrangement as the iPhone X and it also looks like there’s Face ID, as the phone automatically unlocks when tilted to face the person recording the video. When, however, he places it flat on the table, the smartphone remains locked.

Now, if this is a hoax, it’s quite an elaborate one as attention has been paid to little details

Secondly, Apple is expected to launch three iPhones this year, including a cost-effective model 6.1-inch immersive screen but cost-cutting in other departments such as using an LCD display instead of OLED – honestly neither is that an issue as Apple had been using, and clearly perfecting, LCD display until iPhone 8.

Moreover, while popular Apple analyst Ming-Chi Kuo – after earlier hoping that Apple would launch a refreshed iPhone SE by the second quarter of 2018 – expressed his doubt over Apple devoting special resources to a fourth iPhone, this smartphone matches the earlier description and could actually be the cheaper one of the bunch launching later in September.

Nonetheless, since the video is out of the wild, we suggest you take it with a pinch of salt while recalling this is how the iPhone X leaks began.