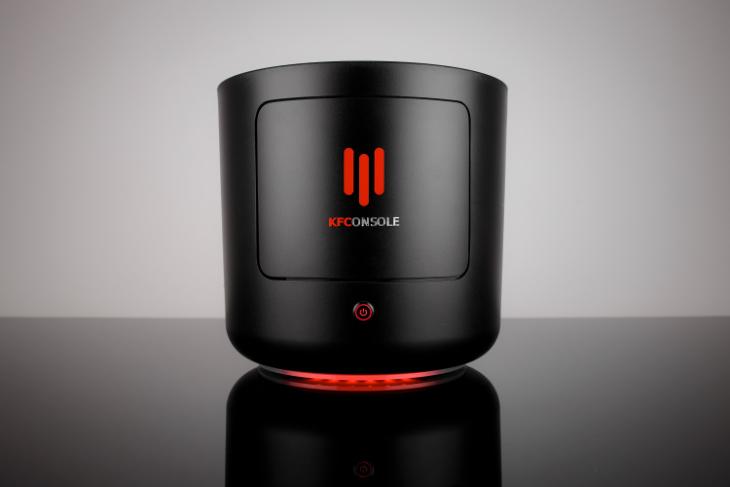 While gaming enthusiasts continue to bicker over which next-gen console is the most powerful, KFC has entered the chat with its own gaming console. Yeah, it’s very much real and not just a publicity stunt. Everyone thought it was a joke when KFC unveiled its own console earlier this year, eyeing to take on the PS5 and Xbox Series X.

Dubbed the KFConsole, the company has partnered with Cooler Master to launch a jacked-up gaming PC in the shape of a console. It surely has the gamer aesthetics down to the tee. A cylindrical black body with red accents and LED lights at the base. The console promises up to 4K/ 240fps gameplay, which means it can run Cyberpunk 2077 (the latest gaming sensation) with ease.

You would think that’s an achievement. But, the highlight of the KFC console is the chicken warmer baked on the front. It will enable you to keep your delivered KFC chicken warm while you and Johnny Silverhand roam around Night City. You’re more than welcome to watch the KFConsole unveiling trailer if you like over-the-top commentary:

The console wars are 𝒐𝒗𝒆𝒓.

Now that the aesthetics and chicken warmer are out of the way, let me talk about the internal specifications. The KFC console includes the Intel NUC 9 Extreme Compute Element – the same as the recently launched Razer Tomahawk PC. It features a 9th-Gen Intel Core i9-9980HK processor, coupled with an Asus RTX graphics card. The GPU, however, is swappable and you can choose to plug in the latest RTX 3060 Ti GPU if you like. You will also find up to 1TB of Seagate NVME SSD storage on board.

The Chicken chamber is obviously separate from the PC components, so they can stay cool while your dinner stays warm and crispy. The KFC console, as Cooler Master says, is also VR-ready, supports ray tracing, and offers “smooth and fluid high-frame-rate gameplay” at up to 240fps. 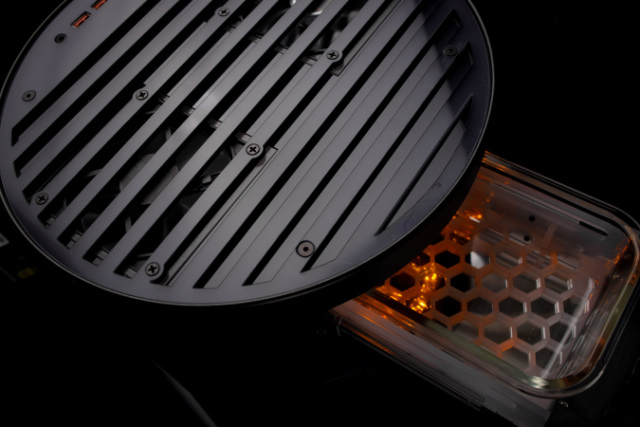 The company has only unveiled the KFConsole today. It has not shared the pricing or availability details for the console. Now that it’s real, gaming and chicken fanatics will rush to get this powerful machine when it becomes available for sale.