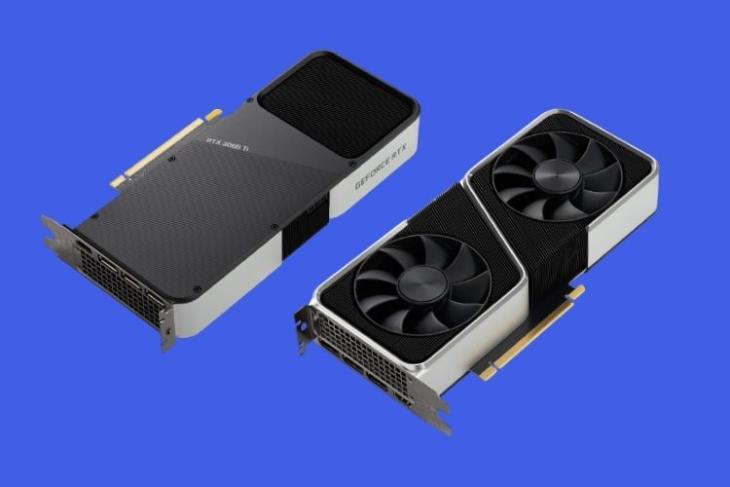 While Nvidia is currently struggling to meet the demand for the recently announced RTX 3070, 3080, and 3090 graphics cards, the company is making a new addition to the portfolio today. The long-rumored GeForce RTX 3060 Ti graphics card has gone official today with the new Ampere architecture and second-gen NVIDIA RTX.

This is the “first member of the RTX 3060 family,” states Nvidia in the official press release. It means we can expect to see the standard RTX 3060 and possibly, an RTX 3060 Super graphics card in the near future. Now, let’s take a close look at the specs sheet and features:

The GeForce RTX 3060 Ti looks pretty much like the RTX 3070 graphics card. It will offer gamers the trifecta of Nvidia’s technologies, including DLSS, Reflex, and Nvidia Broadcast. You can easily enjoy popular games, such as Call of Duty: Black Ops Cold War, Watch Dogs: Legion, and the upcoming Cyberpunk 2077 using this card.

In its press release, Nvidia says that the GeForce RTX 3060 Ti is “built on the world’s most powerful PC gaming platform, & featuring ray tracing and AI-powered DLSS. The RTX 3060 Ti is faster than the previous generation GeForce RTX 2080 SUPER, priced at INR 65,500, and delivers blistering 1080p and 1440p gameplay.”

The RTX 3060 Ti includes 4,864 CUDA cores (more than double the amount of cores on RTX 2080 Super) and only a single 8GB DDR6 VRAM option. The graphics card is said to have a TGP (total graphics power) of 200W and a boost clock up to 1665 MHz. While the standard variant seems to have a single 8-pin power connector, as per leaks, the OC variant will have a dual power connector.

You can check out the complete specs sheet of the RTX 3060 Ti and how it compares to the RTX 2080 Super right here:

Nvidia GeForce RTX 3060 Ti has been priced starting at Rs. 35,900 in India. You will be able to pick up the Founder’s Edition from Nvidia and custom boards from the likes of Asus, Zotac, Colorful, EVGA, Gainward, Galaxy, Gigabyte, and others. The RTX 3060 Ti will be up for sale from 2nd December (i.e tomorrow) in the country.