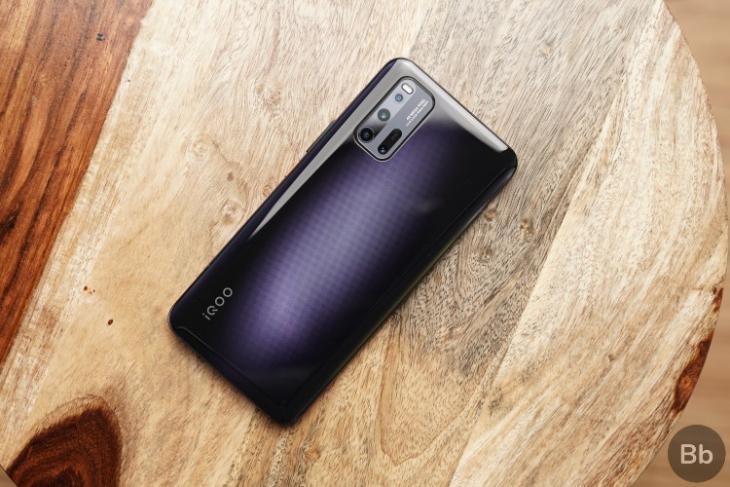 Vivo is seemingly all set to launch the next installment in its iQOO-branded gaming smartphone lineup. To be called the iQOO Neo 3 5G, the device has been confirmed to launch in China on April 23rd, according to a new post on Weibo.

While the Weibo post didn’t reveal anything new about the phone itself, recent leaks have hinted at top-end hardware, which is to be expected from flagship iQOO devices.

The iQOO Neo 3 5G is expected to feature a 6.6-inch Full-HD+ LCD display with a 120Hz refresh rate that can be reduced to 90Hz to increase battery efficiency. The phone is said to come with the Snapdragon 865 SoC, along with up to 12GB of RAM and up to 256GB of built-in storage. It is also expected to feature a 4,500mAh battery with 44W fast-charging support.

iQOO Neo 3 is also rumored to sport a punch-hole design for the selfie-camera, but details about its rear-camera setup remain under wraps for now. There are some talks about a possible 48MP primary image sensor, but there’s no confirmation about that just yet.

On the software side of things, the phone is expected to ship with Android 10 out-of-the-box, most likely with iQOO UI on top. Overall, if the aforementioned features do hold up, the Neo 3 5G will likely be one of the smartphones worth waiting for in the coming weeks. What’s more, given that the iQOO brand has already been launched in India, we’d expect the upcoming phone to also come to the country at some stage, although, given the nationwide coronavirus lockdown, there’s no telling as to when that might happen.

In the days leading up to the launch, iQOO will tease some of the key features of the upcoming iQOO Neo 3 5G phone. Today, we have already got our first set of feature confirmations.

The company took to Weibo earlier this morning to share a teaser poster for the device. It confirms that the device will be powered by the Snapdragon 865 chipset and feature UFS 3.1 storage, the same as the iQOO 3 flagship phone that launched in India back in February.

Apart from the internals, iQOO has put an end to all the rumors by confirming that the iQOO Neo 3 will sport a 144Hz display. We are currently not sure whether it will be an AMOLED or LCD panel. Yeah, it’s a massive jump over the standard 60Hz panel we saw on the iQOO 3. It might finally make this a gaming phone worth picking up. 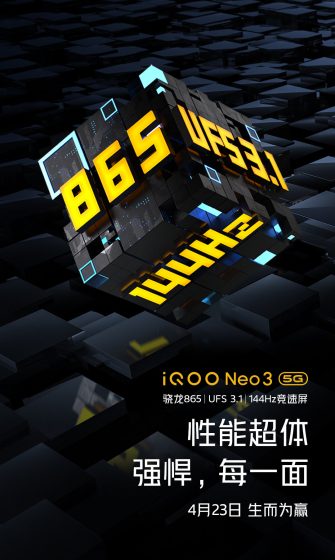