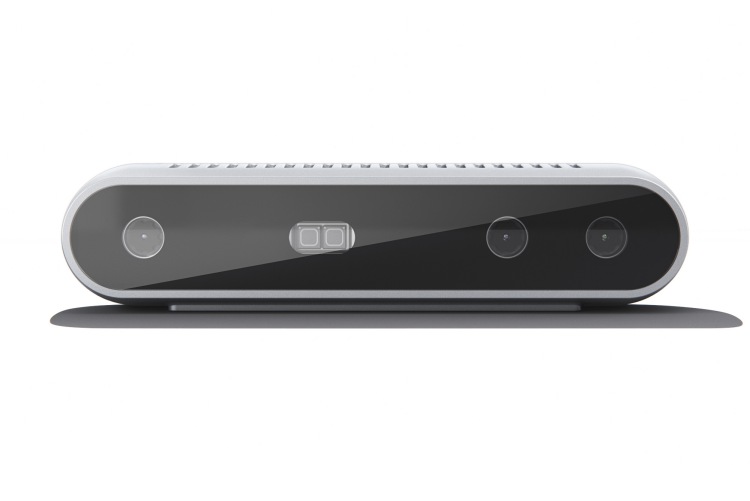 With its newest 3D depth-sensing camera lineup, Intel is gearing up to help us make the shift away from the bland 2D perspectives. The chipmaker has today taken the wraps off its new D400 Realsense cameras, D415 and D435, that enable you to add 3D capabilities to any device or computer.

Both of the depth-sensing cameras are designed to be a ready-for-use solution, meaning you just need to plug in the USB to get it up and running. They come with Intel’s new RealSense vision processor D4 that is capable of processing depth data in
real-time.

The D400 camera modules, as advertised by the company, can be used both indoors and outdoors — that too in any lighting condition. It’ll record the depth for long ranges as well.

Further, discussing the idea that the said depth-sensing cameras are giving machines the power to see as humans, Sagi Ben Moshe, VP and GM of Intel’s RealSense Group said:

“With Intel RealSense’s best-in-class depth technology, we are redefining future technologies to ‘see’ like a human, so devices and machines can truly enrich people’s lives.”

The D415 and D435 are accompanied by the Intel RealSense SDK 2.0, which is an open-source and cross-platform SDK for accessing the depth info, 3D point cloud and configuration is quite simple.

Intel says that the said depth camera modules have been launched not only for the use of manufacturers or developers but can also be adopted by makers and teachers. While the D415 comes with a narrow depth of field and rolling shutter, the D435 integrates a wider field of view and global shutter into its new module. Here’s a quick look at the demo video for these cameras:

Both of these products from Intel’s RealSense D400 product series are now up for order. You can buy the D415 and D435 cameras for $149 and $145 respectively, directly from Intel’s online store.

Moshe, in the official blog post, continues to add:

“With its compact, ready-to-use form, the Intel RealSense D400 Depth Camera series not only makes it easy for developers to build 3D depth sensing into any design, but they are also ready to be embedded into high-volume products.”

As we grow more accustomed to AR and VR technologies, the demand for depth-sensing cameras to build virtual worlds is going to rise in the coming years. They are expected to find their way into a range of products, be it drones, robots, or smart displays, which will need computer vision to interact with the world and enable new experiences.