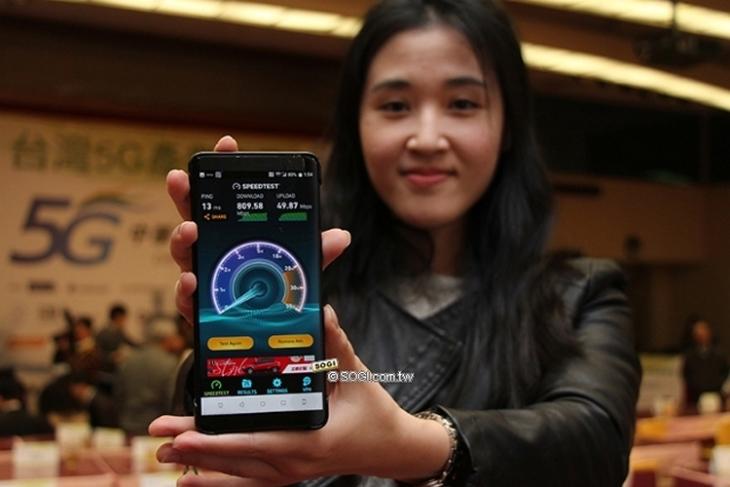 HTC can legitimately claim to have been one of the reasons behind the all-encompassing popularity that Android enjoys today. Devices like the Hero and the Evo played a large part in bringing Android to the mainstream, but sadly for the Taiwanese firm, it has largely been reduced to a footnote in the smartphone industry amidst falling market share, mounting losses and plummeting stock prices. However, that doesn’t mean the company is giving up the ghost on its smartphone ambitions.

The Taiwanese tech firm is expected to launch its next-gen flagship later this year, and while we don’t really have too much to go by in terms of solid leaks, it won’t have been too much of a stretch to believe that the device will ship with a new-age 2:1 screen rather than the decidedly old-school 16:9 aspect ratio. Now, according to Taiwaneese publication, Sogi, the company has indeed shown off such a device in Taiwan, at a 5G event held by a local carrier. While the handset was all covered up in casing to prevent the media from getting too much of a sneak peak, leakster extraordinaire Evan Blass (@evleaks), cliaims that this is indeed the HTC U12, codenamed ‘Imagine’.

Apparently this lightly obfuscated handset on display at a 5G industry event is none other than HTC Imagine, aka "U12," aka the company's next flagship. https://t.co/f89KjGjEyX

It’s worth mentioning here that HTC didn’t reveal the name of its demo device to the media, nor did it say anything officially about its U11 successor, but what’s really interesting is the hardware the unannounced phone was carrying. Apparently, the demo handset hit download speeds of 809.58 Mbps, raising speculations that it’s powered by the Snapdragon 845, which comes with an embedded X20 LTE modem that supports download speeds of up to a whopping 1.2 Gbps.

Just to reiterate, there’s no official word from HTC that this will indeed be its next-gen flagship smartphone, and everything is in the realms of speculation right now, but it will be a major surprise if the U11 successor doesn’t ship with either an elongated 2:1 form factor or the Snapdragon 845 under the hood.