Hot on the heels of Intel’s announcement of the 11th-gen Core H processors, MSI has unveiled its line-up of new devices running on the latest processors from Intel. While the line-up itself is definitely exciting, what’s more interesting is MSI’s theme of ‘Tech Meets Aesthetics’ with this launch.

The new laptops from MSI all follow a decidedly aesthetical design. Whether it’s in the curves of the chassis, or the aspect ratio of the screen. MSI is drawing on the efforts of the Renaissance artists, who placed a lot of emphasis on accurate placement and ratios. The Golden Spiral is one such example, and it’s what MSI has used extensively throughout its new line-up of laptops, both for creators and gamers alike.

Origins of Design and Aesthetic Principles

From the sound of the blacksmith striking iron, which inspired Pythagoras, who in the moment stayed on the street and enjoyed the rhythm of the cling-clang of iron, later led to Pythagoras forming the mathematic sequence based on the sound ratio which methodizes aesthetics precisely. The word Aesthetics was defined by Alexandra in 1750AD as the combination of senses and emotions — it’s purpose is to discuss how people think and judge artistic creations. St. Thomas Aquinas defined “beautiful” in the middle ages — as having order, symmetry, and definiteness. He advocated these rules in response to the Golden Ratio in the Renaissance.

Some of the most representative works of art come from the Renaissance, a time where mathematics and geometrical beauty came together by the Golden Ratio, which itself comes from the Fibonacci sequence, and was formed by Pythagoras. This law of mathematic beauty can be often observed in nature, and is frequently applied in modern architecture and art.

MSI’s Design Philosphy — The Confluence of Tech with Aesthetics

MSI’s new line-up of laptops draws inspiration from many forms of art and aesthetics over the history of the world. Starting with the famous Fibonacci sequence that forms the Golden Ratio, MSI has taken certain design cues from the Renaissance era — a time where precise geometric, mathematical, and scientific knowledge was applied to art forms such as the Mona Lisa, the David Statue, and more Renaissance art pieces.

From the Renaissance, to the Industrial and Scientific Revolution, and even in Modern and post-modern art, one can find links between aesthetics and science. In fact, the Golden Ratio continues to form the basis of most modern art.

But that’s not all, in the post-modern era, artists started gravitating towards sharp lines and space distortion to emphasise space, metaphysics, and creation. We can see these design elements in most post-modernist architectural styles as well as industrial design languages.

MSI’s goal with its latest line-up of laptops wasn’t to simply follow what others have been doing. The company’s new design philosophy, ‘Tech Meets Aesthetics’, couldn’t be a simple derivative of already existing notions of post-modernist design styles. So, MSI has combined elements from the Renaissance era, such as the Golden Ratio, with elements of modern and post-modern art, such as the straight, sleek designs, and curves found in most post-modern art.

To accomplish this goal, MSI has combined rounded and fluid form with sleek edges in its new laptops, using ‘Tech Meets Aesthetics’ as its belief and inspiration for the industrial design seen on these new devices. Starting now, MSI values human-oriented design, merging Golden Ratio aesthetics with modern day technology to assist users to solve problems in life, break through boundaries and explore potential. MSI has successfully merged opposition of Objective of Science Ration and Subjective of Human Emotion in one.

MSI’s new ‘Creator’ series of laptops all follow the Golden Spiral in various ways. True to the company’s design philosophy of ‘Tech Meets Aesthetics’, the new Creator series unveiled today has a truly unique design all around. The chassis is sleek, yet rounded and fluid-looking, which lends the laptops a feeling of exquisite, timeless design while looking like a modern, sleek performance machine. MSI has crafted the displays on these Creator laptops to be carefully tailored with the Golden Ratio. The laptops have a 16:10 aspect ratio screen that follows the Golden Ratio to provide a comfortable viewing experience

The company also worked with renowned visual artist Tsuyoshi Nagano who has made art for the tactical RPG “Romance of the Three Kingdoms” as well as “Nobunaga’s Ambition” for the new GF series of laptops. He took inspiration from the legendary power of the Katana and the Sword for these two laptops, signifying great power and sleek designs. 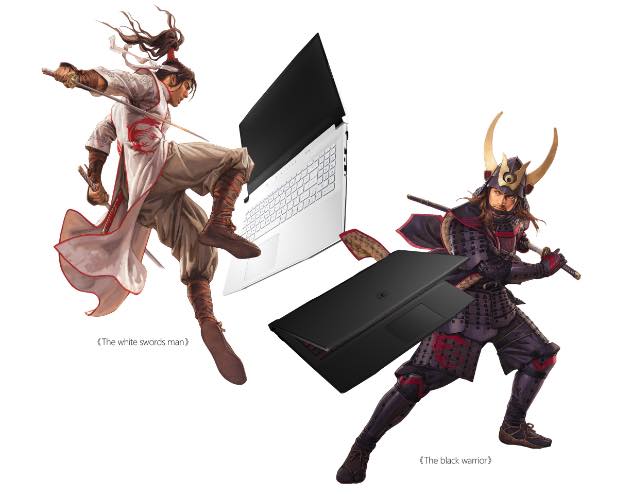 The GF Sword series and the GF Katana series has its body designed with the concept of both blade and armor, giving off a samurai vibe — something MSI feels will resonate with its users.

MSI also partnered with Maarten Verhoeven for the new Pulse GL series of laptops. In contrast to Tsuyoshi Nagano’s take on the ancient battle arts, Maarten Verhoeven took the inspiration for the design philosophy of the new Pulse series of gaming laptops from new-age weaponry. Verhoeven is an acclaimed digital concept artist and the Z Brush World Champion. His vision for the laptops transpires into laser patterns and a sturdy titanium grey body, suggestive of a high-tech battle armor suit. 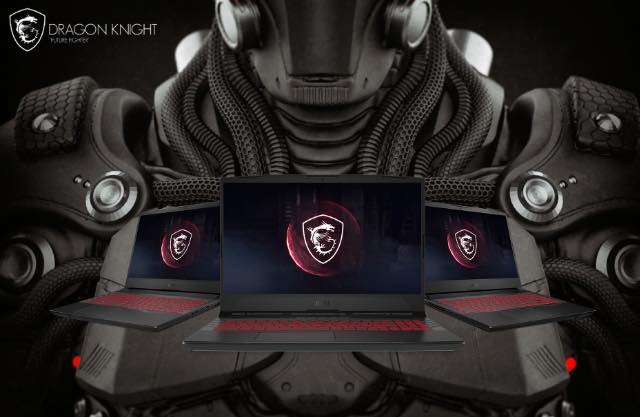 MSI’s new line-up of creator and gaming laptops offers a wide-range of choices for users, both in terms of the hardware inside, with the latest 11th-gen processors and RTX GPUs, and the design of the laptops themselves. With attention to detail, and application of the Golden Ratio to many of the laptops’ design elements, the new MSI laptop line-up definitely lives up to the “Tech Meets Aesthetics” motto for MSI.