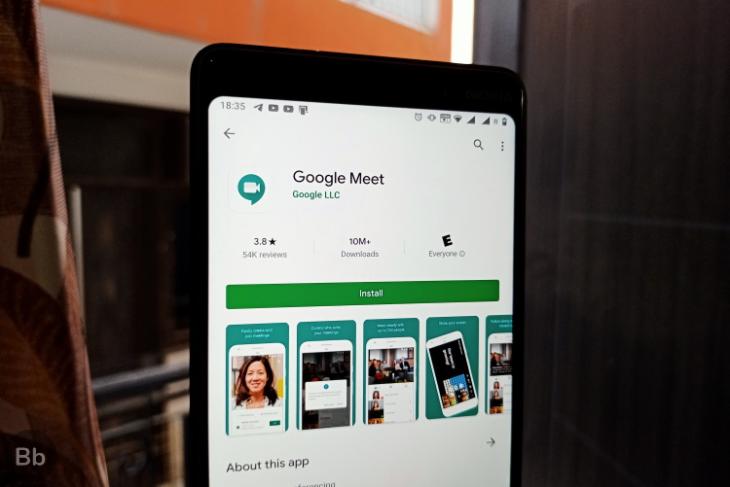 Google is making significant efforts to make its video conferencing tool Google Meet (previously known as Hangouts Meet) better. As spotted by 9to5Google in the app’s code, the software giant is currently working on a background blur feature for Google Meet.

The strings regarding background blur were spotted in Google Meet version 41.5, hinting that the app might soon gain support for the feature. Google has had a functional background blur feature it calls ‘Portrait mode’ for its calling app Duo since last year.

It doesn’t come as a surprise that Google Meet is gaining background blur feature. In reality, even with this addition, the company lags behind competitive video conferencing tools in this aspect. Zoom and Microsoft Teams offer sophisticated mechanisms to blur or choose your own background.

Although the report hints at the feature’s arrival on the mobile version, we could expect the company to make it available on the web version as well. We speculate that because most of the business-oriented video conferencing happens on the web.

Google Meet has witnessed a surge in adoption ever since the company made the service free for everyone with a Google account. In fact, the app recently crossed 50 million downloads on Play Store, a huge leap from 5 million downloads at the beginning of March.

The company has also started rolling out a Google Meet integration with Gmail last month using which users can easily access Google Meet from the left side pane present in Gmail.

Given the current circumstances, we could expect Google to bring the much-needed background blur feature to Google Meet sooner rather than later for distraction-free video conferencing.