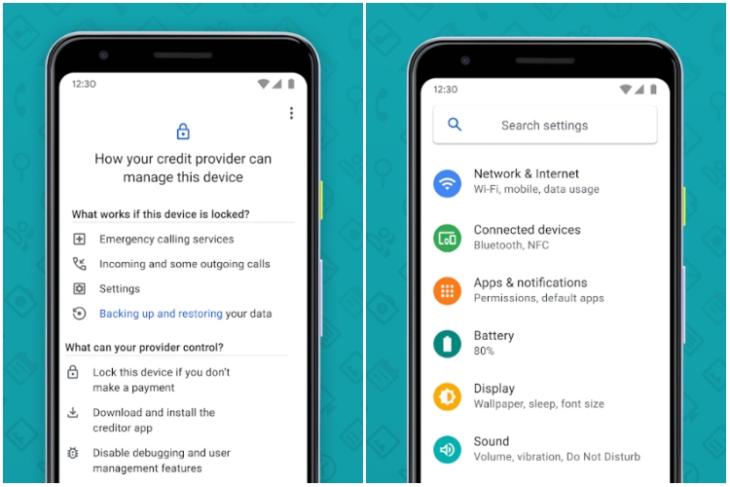 As modern smartphones continue to become more advanced, the prices of the devices are increasing at an alarming rate. So, in order to help customers, many major smartphone manufacturers like Apple and Samsung provide credit facilities to help them pay the amount as monthly installments. However, for any unexpected circumstances, if you cannot pay an installment, your credit provider may lock some important functions of your device. And to help them do so, Google released a dedicated app for banks or creditors.

Spotted by the folks at XDA Developers, the Device Lock Controller app from Google lets financers of smartphones remotely lock an Android device. It uses the DeviceAdminService API in the Android system and enables banks and financers to lock significant functionalities of your Android device if you fail to make your monthly payment.

With the device locked, users will be able to access very limited functions in their smartphones. These include emergency calls, incoming and select outgoing calls, settings, and backup and restore service.

Now, surprisingly, the “Device Lock Controller” app does not appear when you search for it on the Google Play Store and nor does it appear in the list of apps made by Google. So, XDA executives reached out to Google for clarification about this.

However, if the customer could not pay an installment after four days of its due date, Safaricom locks the device with this Google app. That’s one way of using brute force to make users pay their EMIs on time.