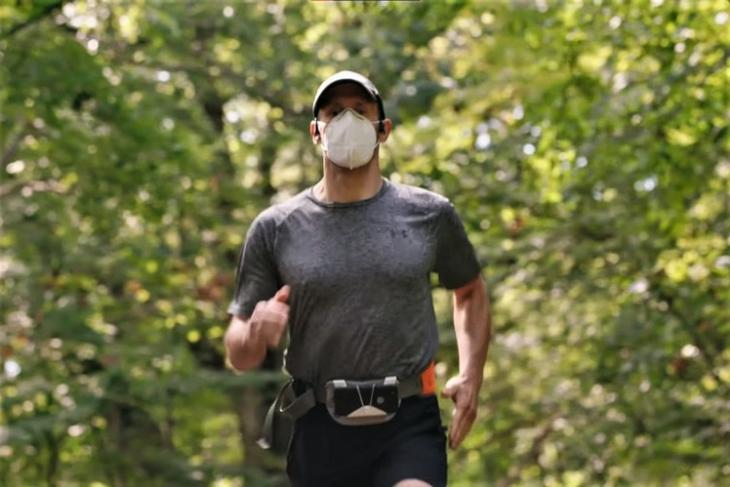 During a one-day hackathon event at Google back in September 2019, Thomas Panek, the CEO of a non-profit organization for the blind asked Google engineers if there is a way to guide blind people while running. Since that question, the company has been developing a machine-learning model to help people with lower or no-vision run freely and, most importantly, independently along a track with an existing guideline.

So, after working for over a year, Google engineers came up with a new AI-powered model that can guide a blind runner to stay in his/her lane without any external help. Dubbed as “Project Guideline”, the system uses audio cues to notify the runner if they are deviating from their lane or not.

Now, in order for blind people to use this new “Project Guideline” system, Google has designed a custom harness to hold an Android device around the waists of the runners. There is also a bone-conducting headphone, which the runner has to wear, that connects to the Project Guideline app.

So, the app uses the smartphone’s camera to track a guideline that has already been laid on a track. Then the machine-learning model detects this line and can tell if a runner is to the right or left of it. And depending on the position of the runner, the app sends audio cues to the bone-conducting headphones to notify the runner that they are deviating from their track.

It is a pretty basic system, yet it made Panek cry. It is because he was able to run independently, without the help of a human guide or guide-dog, for the first time in a very long time.

“That is the first time I’ve run alone in…decades. Just through the woods, you know, by myself. I never thought we’d be here.”, said the avid runner with a genetic visual imparity, as he burst into tears of joy. You can check out the official video showcasing the tech right below.

Apart from this, Google has also come up with other tools to help the visually impaired in recent times. The Mountain View-based software giant released a special “Talkback” braille keyboard for the visually-impaired. Moreover, it recently improved its existing “Lookout” app to help people with low-vision identify food items in grocery stores.