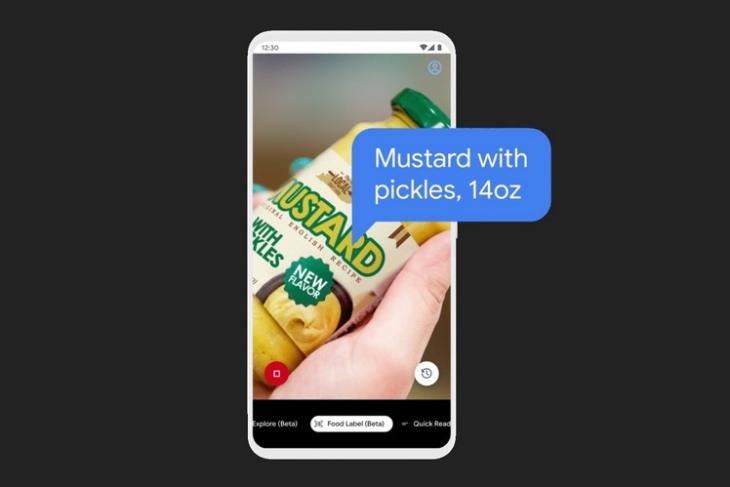 Google, back in 2018, introduced Google Lookout, a dedicated app to help visually impaired people become independent. The app is similar to the GPS app for the visually impaired that we saw earlier. Now, the company has rolled out two new features for the app. One of them enables it to identify food items, while the other one enables the app to scan documents.

The announcement came from the company via an official blog post. This post states that now there are two new modes in the “Lookout” app. And according to the Mountain View-based tech giant, these two modes “will help people who are blind or low-vision complete daily tasks faster and more easily,”.

So, coming to the new modes, the “Scan Document” mode is pretty self-explanatory. So, with the help of this feature, users can now point their camera towards a document, and “Lookout” “will capture the entire document’s content in detail so that it can be read aloud by your screen reader.”

Now, the highlighting feature of this update is the “Food Label” mode. This mode enables the app to detect and identify packaged food and grocery items and read the labels aloud. The feature is a pretty useful one and is specifically made to help the people who have low or no vision to identify what they are getting from the local grocery store or the market.

“This can be particularly helpful if you’re putting away groceries and want to make sure you’re handling the right items that might feel the same to your touch. For example, Food Label would be able to distinguish between a can of corn and a can of green beans.”, reads the post by Google.

According to the company, the app is using its proprietary AI-powered image recognition technology to identify the products, much like the “Google Lens” app.

So, when a user gives the app a product to recognize, the system will detect the appearance of the packaging or the barcode to match it with two million “popular products” which are stored in its database. Moreover, the items in this database will vary depending on the location of the user.