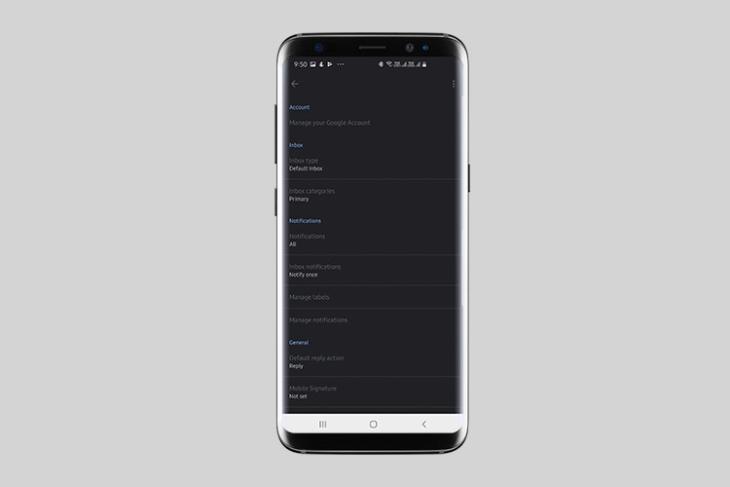 Whether 2019 turns out to be the year of foldable phones or not (it sure looks like it won’t), it definitely is turning out to be the year of the dark mode, with both Google, and Apple embracing dark modes in their wildly popular mobile operating systems. While Android Q will be bringing a system-wide dark mode to Android, a number of Google apps have already started embracing it, and now we can add Gmail to that list… well, soon.

Yeah, Gmail for Android is getting a dark mode, but so far, it’s the definition of half-baked. For starters, it only appears in the app’s settings, and even then it decides whether to show up or not on its own — there’s no toggle to enable or disable it so far. 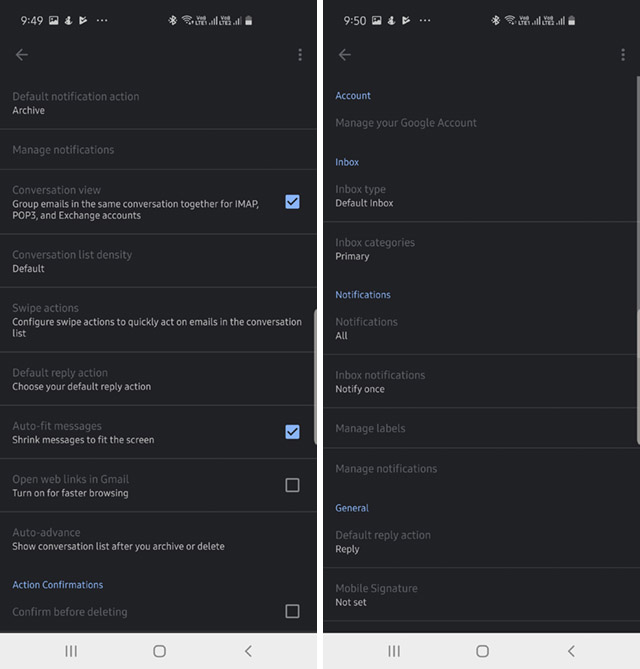 It’s also clearly a work in progress, because even when the app goes into dark mode, the text on the main settings screen remains black, which is definitely not what you’d want. Check out the screenshots of Gmail’s settings in dark mode, and you’ll know exactly what I mean.

Still, this hints that the Gmail team is working on implementing a dark mode in the app, and that’ll definitely be a welcome change for people who aren’t huge fans of the excessive white in Google’s redesigned apps — which, personally, I don’t mind.

The dark mode was spotted in version 2019.06.09 of the Gmail app by Android Police, and it’s working for us as well. So, if you want to check it out for yourself, you can head over to APKMirror and download the APK on your phone.