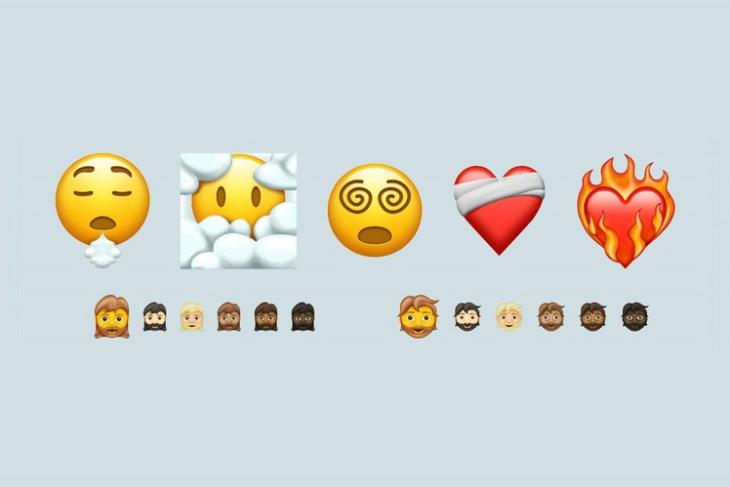 Earlier this year, following the delay-announcement of the Emoji v14, we saw the global emoji-making organization, the Unicode Consortium, approve new emojis that will be added as a 13.1 update. Now, the organization has announced the approval of hundreds of new emojis.

With Emoji v13.1, the Unicode Consortium-approved emojis include 217 new emojis. Amongst these, there are some that might have been created to depict our reactions and our state in these trying times. These include a new “face in the cloud” emoji, a “face exhaling” emoji, a “face with spiral eyes” emoji, a “heart on fire” emoji, and a “mending heart” emoji.

Although all these emojis do look cute, however, it looks like some of these depict the current state of us, the humans, amidst this year’s chaos around the world. The upcoming face emojis aptly shows most of our reactions after watching the recent statistics of the Coronavirus or hearing about yet another disaster somewhere in the world.

Along with the announcement of these new emojis, the Unicode Consortium also announced the release timelines of the upcoming emoji pack versions.

So, according to the official post, the Emoji v13.1 will be coming to supported devices sometime in 2021. While the major Emoji v14 has been pushed back to 2022.

As the global economies continue to fall and the death count due to the pandemic continues to rise, there is nothing much we can do other than locking ourselves indoors to prevent the spread of the virus. And as conveying our emotions via emojis has become a norm in this texting-era, these new emojis should be perfect for users during the ongoing crisis and the current status of our world.