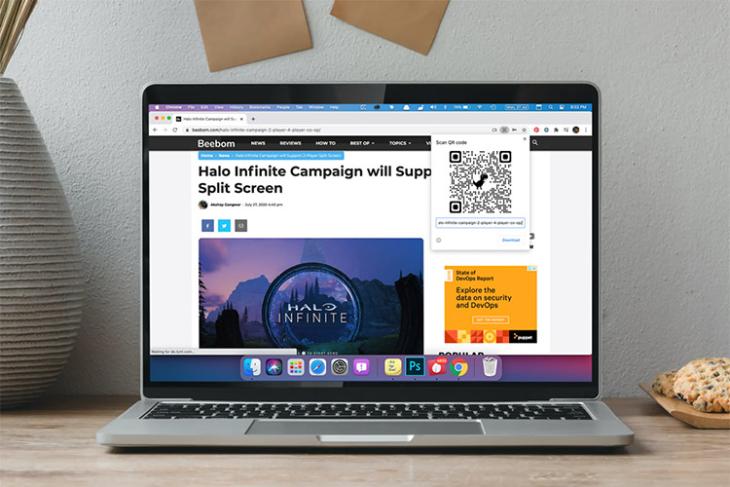 Google Chrome has been working on sharing web pages via QR codes for quite some time. However, the feature is finally coming to the stable channel of the browser with Chrome 84. First spotted by Android Police, the feature is available on both Chrome desktop, and Chrome for Android.

In order to start using the feature, you will have to manually enable a couple of Chrome Flags first. These differ on both Android and the desktop, so I’m including the flags you will need to enable below.

Once you’ve enabled these, just re-launch Chrome. Then, you can simply tap to share a page, and tap on ‘QR Code’ as the mode of sharing. Chrome will then show you a QR code that can be scanned to head over to the URL you shared. The QR code can also be downloaded by the way, so you can quickly send it over to your teammates via Slack or Email if you want.

On the desktop, you just have to enable a single flag (at least on Mac):

Here, however, you will have to right click on the page you want to share and select ‘Create QR Code for this page’ in order to get the QR code displayed. Android Police states that the QR code option also appears in the URL bar, at the right end of the bar. That option only appears when you click on the address bar in Chrome, at least that’s how it’s showing up for me.

Also out of curiosity, I tried the same on iOS as well. While there is a flag in Chrome for iOS that appears to enable this functionality, it doesn’t seem to work yet. You do get the option to share via a QR code in the share sheet, but tapping on it doesn’t do anything. Hopefully this will become available soon as well.